The Role of Pierre Omidyar and Big Charity in the Ukraine 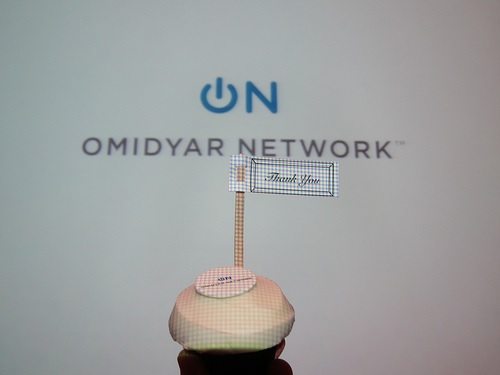 As yesterday’s NPQ Newswire suggested, it is tough to know the players in the Ukraine without a scorecard, and there’s no reliable scorecard for the philanthropic oligarchs inside and outside of the fragile Russian border state. Writing for Pando Daily, an online Silicon Valley magazine, Mark Ames appears to support the notion that the overthrow of Ukrainian President Viktor Yanukovych was a “coup” partly linked to sources associated with the U.S. Agency for International Development (USAID) and wealthy U.S. philanthropists—specifically, eBay founder Pierre Omidyar.

“The American government—in the form of the U.S. Agency for International Development (USAID)—played a major role in funding opposition groups prior to the revolution,” Ames writes. “This was by no means a U.S.-backed ‘coup,’ but clear evidence shows that U.S. investment was a force multiplier for many of the groups involved in overthrowing Yanukovych.”

Ames charges that Omidyar “co-invested with the U.S. government to help fund regime change in Ukraine.” He cites the 2012 investment of $500,000 by the Omidyar Network to Center UA, an NGO associated with Oleh Rybachuk, a Ukrainian oligarch seen as relatively pro-West. That grant accounted for 36 percent of Center UA’s budget, with USAID accounting for the rest. In 2011, the Omidyar Network gave $335,000 to a UA project called New Citizen.

The titillation in this purported expose is that the first hint of an Omidyar connection was a brief online posting from someone named Marcy Wheeler, apparently a policy analyst working for the Omidyar-funded site, The Intercept, part of the First Look journalistic network created by Glenn Greenwald along with Jeremy Scahill and Laura Poitras.

Ames concludes that the role of Omidyar in the Ukrainian pro-democracy protests “adds up to…a journalistic conflict-of-interest of the worst kind: Omidyar working hand-in-glove with U.S. foreign policy agencies to interfere in foreign governments, co-financing regime change with well-known arms of the American empire—while at the same time hiring a growing team of soi-disant ‘independent journalists’ which vows to investigate the behavior of the US government at home and overseas, and boasts of its uniquely ‘adversarial’ relationship towards these government institutions…By acquiring a ‘dream team’ of what remains of independent media—Greenwald, Jeremy Scahill, Wheeler, [Ames’s ‘former partner’] Matt Taibbi—not to mention press ‘critics’ like Jay Rosen—he buys both silence and fawning press.”

Ames’s use of quotation marks to frame words and phrases seems to imply that he doesn’t buy Omidyar’s and First Look’s bona fides. “Silence, an absence of journalistic curiosity about Omidyar’s activities overseas and at home, has been purchased for the price of whatever his current all-star indie cast currently costs him,” Ames concludes. “As an added bonus, that same investment buys silence from exponentially larger numbers of desperately underpaid independent journalists hoping to someday be on his payroll, and the underfunded media watchdogs that survive on Omidyar Network grants.”

To go from Omidyar’s 2011 and 2012 grants to groups affiliated with Rybachuk to a denunciation of Omidyar’s First Look press apparatus is quite an intellectual leap and requires some suspensions of logic on the part of the reader.

Greenwald’s reply to Ames was a lengthy response entitled, “On the Meaning of Journalistic Independence.” His basic points were:

While Ames’s article doesn’t add up to a compelling indictment of Omidyar as a co-funder of a U.S.-facilitated coup, both his article and Greenwald’s response do raise an issue about the nature of philanthropic funders of nonprofit journalism. The funders’ own philanthropic and business interests, beyond their support of journalistic entities, is fair game for critical examination (again, not to suggest that Ames has found any smoking sidearms attached to Omidyar or Greenwald in his story) and to ask whether as funders they expect more control of what goes in or doesn’t go in to the journalism they subsidize, notwithstanding promises of journalistic independence.—Rick Cohen