The Role of Risk At The Heart of Philanthropy 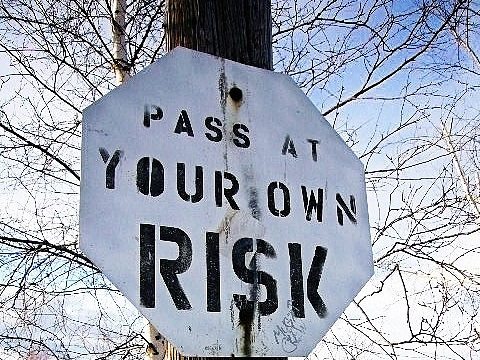 Judith Rodin’s op-ed underscores one theme of a plenary session she participated in at the Council on Foundations’ annual meeting in Chicago earlier this month. (In full disclosure, this author wasn’t able to attend that session and missed the Rockefeller Foundation president leading what was apparently a spirited discussion of risk in philanthropy. COF attendees we bumped into who did attend were quite juiced by the idea of reminding foundations of their role in taking risks.) We have always been fond of quoting the former president and CEO of the Council, Dot Ridings, who reminded her colleagues consistently about the role of philanthropy as “the risk capital of social change,” so Rodin’s idea isn’t news. But we think it’s hugely important to restate, again and again.

However, we at Nonprofit Quarterly think this crucial concept is often undone by foundations that talk about risk, but take little of it. Most people we know don’t see foundations as risk-takers. Some might say that the current predilection among foundations for “big measurement” steers grantees away from efforts that are hard to evaluate or unlikely to generate positive results. Others might say that the emphasis on evidence-based takes grantees and their foundation funders away from notions that are good but don’t have much evidence to make them real.

Even the Rockefeller Foundation’s full embrace of social impact bonds and pay-for-success schemes represents a bucking of the trend, as there’s just about no evidence that these concepts work in practice. As we noted yesterday in our review of the Obama budget proposals, the Administration has proposed a substantial allocation of funding as credit enhancement for philanthropic investment in pay-for-success efforts, which suggests that some foundations that might play in this arena don’t see themselves as front-end risk-takers.

The examples that Rodin cites of the Rockefeller Foundation’s history of jumping in where “the risk of failure is the greatest” tend to be big, and in fact, along with the Ford Foundation and prior to the advent of the Gates Foundation, Rockefeller did undertake very big and bold projects. The examples of other foundations are also of big things, such as the California Endowment campaign to support the implementation of the Affordable Care Act or the MacArthur Foundation’s efforts to reform the juvenile justice system. This may be unfair to say, but it sounds as though Rodin’s definition of risk is just “foundation effort on a large-scale issue.” For example, while we hugely applaud the California Endowment’s promotion of the ACA, it seems to us less a matter of risk than a reflection of the foundation’s raison d’être.

Moreover, while the large foundations talk about risk, in part because they have the resources and scale for absorbing the consequences of that risk, most nonprofits aren’t getting a hearing at Rockefeller or Ford, but some local foundation with more modest aims and interests. The challenge for those nonprofits outside the loop where one gets the ear of Judith Rodin and her peers is to get the vast population of foundations, 100,000 strong, thinking in terms of what they can do in terms of greater risk-taking. For the bulk of smaller foundations, and for some of the larger ones as well, risk might not always mean a big, bold initiative to fix some societal meta-problem, but the support of groups that don’t get full hearings at foundations, that aren’t the professionalized groups that are part and parcel of foundation executives’ social circles, that raise discordant community voices, and that challenge the status quo in their local neighborhoods.

NPQ readers, would you share with us examples of foundations that you’ve seen taking real risks where you live and work?—Rick Cohen