The Significant Impact of Elected Officials on the Nonprofit Sector

Two examples from the nation’s mid-section show how elected officials can have a significant impact on the nonprofit sector in their jurisdictions. This is another illustration of the importance of advocating on behalf of nonprofit organizations and those they serve.

In the first instance, the Green Bay Press-Gazette and the Wisconsin Center for Investigative Journalism report on an effort by Gov. Scott Walker to eliminate the Wisconsin Educational Approval Board (EAB), which oversees all for-profit and some private nonprofit schools in the state.

“If you basically throw the rulebook out, I can guarantee you that they will take advantage of their ability to market and recruit as aggressively as possible,” the board’s executive told the reporters. The proposal to eliminate the EAB is in Walker’s proposed 2015-17 budget, but the board’s leadership has been lobbying state lawmakers to reject the idea.

The agency regulates such large for-profit institutions as the University of Phoenix and Globe University, which Walker believes will “benefit by eliminating a costly and unnecessary regulatory burden.” However, the agency is funded not by taxpayers but by fees to the schools, which, the board’s leadership says, support its continuance because “oversight provides legitimacy and integrity for the sector.”

The EAB oversees 252 for-profit and certain nonprofit post-secondary schools, enrolling about 60,000 students. For-profit schools seeking approval pay fees, submit detailed information about their finances, enrollment and programs, and have a student complaint process. Walker’s proposal would eliminate the board and its staff, as well as its $605,000 annual budget, with its remaining duties divided up amongst several other state agencies.

The article points out how for-profit colleges “have come under growing scrutiny in recent years. They have been accused of aggressive, misleading marketing, selling worthless degrees and leaving students with debts they cannot pay.” It cited a report critical of their practices by the U.S. Government Accountability Office in 2010 and a subsequent crackdown by the U.S. Department of Education.

The story interviews the operators of two small schools who said that they hoped the EAB would continue, citing its role in providing credibility and legitimacy for those institutions that it approves.

Over in North Dakota, that state’s attorney general, Wayne Stenehjem, said that the North Dakota Council of Education Leaders, a nonprofit with close ties to the state’s public education system, is not subject to its open records law, according to a report in the Fargo Forum.

Stenehjem issued his opinion after the Council refused to release copies of the applications of the four finalists for Superintendent of the Year to a Grand Forks man who requested them, as well as a request by a member of the state legislature. The attorney general found that while the Council receives public funds, it is “not a public entity subject to the open records law, and it was therefore proper to deny requests for public records.”

The nonprofit advocates on behalf of school administrators and is not operated by the state. Some of its members’ dues are paid by school districts, and it receives grants from others, but the opinion stated that the services provided by the Council are commensurate with the cost of dues and do not constitute “support.”

This issue echoes similar controversies elsewhere in the U.S. over whether or not freedom of information statutes apply to private nonprofits that are closely tied to public agencies—for example, the successful effort by Los Angeles city officials to audit the books of two controversial organizations fully funded by its municipal public utility, and the ongoing battle over transparency between the University of Connecticut Foundation and members of the state legislature.—Larry Kaplan 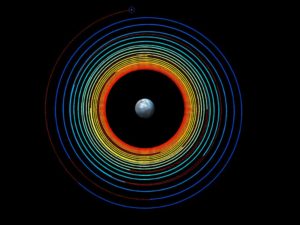