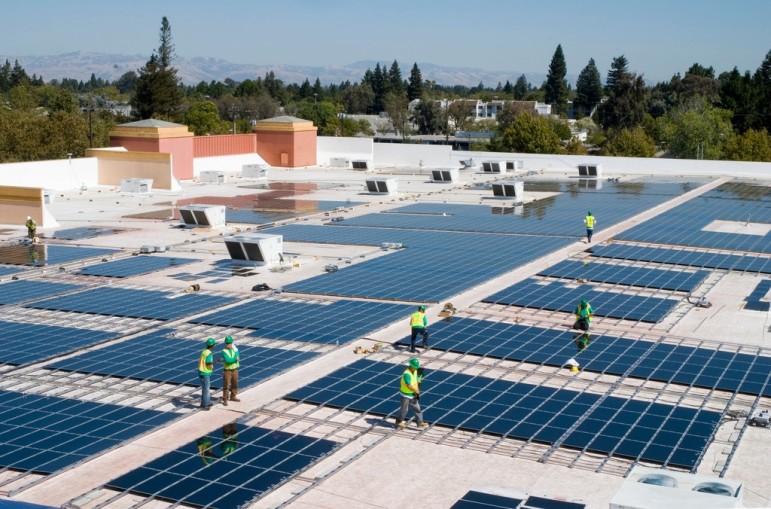 As a replacement for fossil fuels, solar energy’s promise as a widespread alternative has not been fulfilled, and it currently represents a small percentage of U.S. electricity generation. But major technological advances have spurred an upsurge in its usage, and GTM Research estimates that a solar-based system is installed in the U.S. every four minutes. In the wake of the Paris climate agreement, how are nonprofits making use of this energy for social good?

The sun has long been considered one of the most viable energy sources—and a path to independence from fossil fuels. But solar energy faces many obstacles: the sun doesn’t shine at night, clouds can block the sun, and solar cells have a low conversion efficiency. But 2015 has been a key year for solar, because advances such as lower-cost storage batteries have shown the future of harnessing the sun for energy. In the U.S., the California Solar Initiative has made this populous state a leader. Solar energy has made inroads around the world, particularly in the UK.

Solar- and clean-energy initiatives in developing countries, however, face a number of infrastructure and policy barriers. USAid and President Obama’s Power Africa project has promoted a “beyond the grid” approach to overcome these barriers, but as reported by the New York Times, this project hasn’t done much to turn on the lights. Others think that a focus on solar and other renewable energy sources in poor countries takes away from the more pressing issues of clean water or preventing malaria. Preben Maegaard, Chairman of the World Council for Renewable Energy, has also complained that “the number of failed renewable energy projects in Africa over the last 20 years is unacceptable, and verging on the irresponsible. These failed projects have set back development by raising aspirations and then failing to deliver.”

No matter what the context, solar is still seen as a path to energy independence, and a particularly American path at that. But as NPQ has reported, who gets to own energy in this country is not so democratic, because many states decree that energy can only be provided by utility companies. But as the Baltimore Sun recently reported, states such as Maryland have established community solar programs that let “any business, utility, individual, organization or nonprofit [to] install solar panels on its property and sell the energy.”

This type of policy has huge potential for nonprofits, which could directly benefit from decreased overhead costs for subsequent investment in programs. Furthermore, community-based solar initiatives can have positive social impacts, from decreased heating bills for low-income individuals, decreased dependency on public utilities, an improved environment from reduced pollution, and job creation. As Bill McKibben writes in The New Yorker, it’s not surprising that these benefits can make utility companies nervous: “Power utilities now face uncertainty of a kind that traditional phone companies faced when cellular technology emerged. A few utilities welcome the challenge; others are resisting it; and the rest are waiting for someone to tell them what to do.”

The community solar program in Maryland is designed specifically to help renters or other people with limited means for investment reap the benefits of solar. Former Baltimore Ravens linebacker Ray Lewis announced on December 1 that he is launching Power52, a nonprofit community solar program aimed at low-income Baltimore-area residents, in collaboration with Baltimore Gas and Electric (BGE). Their goal is to help people save an estimated $28 per month on their electric bills.

Paul Stankus, a resident of Rockville, Maryland, explained to the Baltimore Sun that his homeowners association was interested in starting a community solar project but couldn’t because of a lack of tax credits. “More nonprofits would be happy to participate in the program,” Stankus said. “Ultimately in order for the state to meet their renewable energy mandates, community solar is going to be a big part of that.” Last year, Forbes reported on a social enterprise in California called CollectiveSun that helps small nonprofits save money through solar purchase power agreements (PPAs), meaning that nonprofits in some areas of the country at least have a fighting chance to get in on the solar action.

Different parts of the world and different populations have their own struggles when it comes to renewable energy, and solar has the potential to provide a positive human, environmental, and social impact—as long as individual states can keep working to make sure all residents enjoy the benefits of the sun. — Amy Butcher