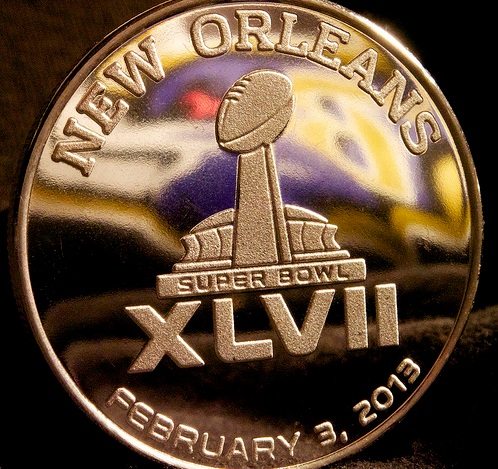 Those watching Super Bowl XLVII on television last night didn’t see it, but just before kickoff, the jumbotron screen at the Superdome in New Orleans was alit with a different kind of Super Bowl commercial: a nonprofit public service announcement from the Gleason Initiative Foundation. Rather than selling beer or chips, this ad makes a pitch for finding a cure for Amyotrophic Lateral Sclerosis (ALS), otherwise known as Lou Gehrig’s Disease. In the PSA, a series of football greats discuss the debilitating disease, including Steve Gleason, a former New Orleans Saints player who has ALS. Gleason closes the awareness-raising PSA although, due to the disease, it is very difficult for him to speak. You can watch the PSA here:

The Gleason Initiative Foundation’s mission involves helping those with neuromuscular diseases or injuries access services and raising awareness of ALS in hopes of finding a cure. Gleason told Forbes that he hoped to be standing next to former Baltimore Ravens player O.J. Brigance when the PSA hit the jumbotron. Brigance also has a nonprofit, the Brigance Brigade, which funds research initiatives and provides support and guidance in order to “equip, encourage and empower people living with ALS” and their families.

Wouldn’t it have been nice if CBS, the network that broadcast last night’s Super Bowl, made a donation of one ad slot to help this PSA reach a wider audience? Given estimates that a 30-second Super Bowl ad cost an average of $3.8 million this year, airing the 60-second PSA would have amounted to something like a $7.6 million in-kind contribution from CBS. Nonetheless, for nonprofits working to raise the profile of the fight against ALS—or for any nonprofit, for that matter—a PSA on the jumbotron at the Super Bowl is an awareness-builder on a scale that most can only dream of. –Mike Keefe-Feldman