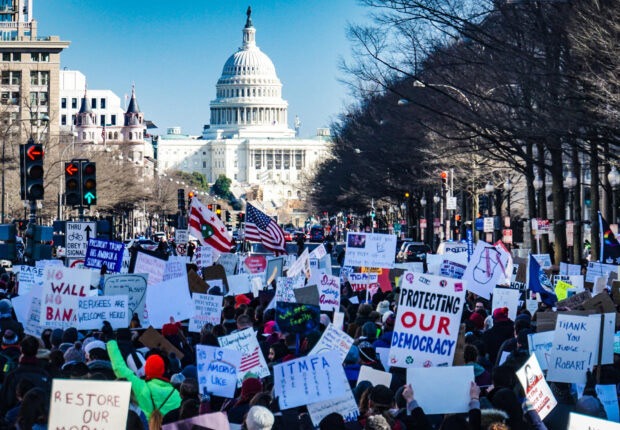 When we woke up on the morning of Wednesday, November 4th, the presidential election outcome remained uncertain. When on Saturday all of the major news organizations declared Joe Biden the winner, we were relieved that the uncertainty had ended. In normal times, this media-driven call would be enough to launch the important work of assuring that the nation will have an orderly transition of leadership. Even if there was some doubt to be sorted out in the final counting, it was prudent to begin the transition process.

But these are anything but normal times.

The transition typically begins well before the Electoral College formally confirms the outcome in December. With the stroke of her pen, Emily Murphy, Administrator of the Government Services Administration, can permit the outgoing and the incoming administrations to begin the hard work of transferring power. But Murphy, a Trump appointee, has refused to issue the needed letter of “ascertainment” and stopped that process dead in its tracks. The last time there was a similar delay was in 2000 when there was no declared winner and the results hinged on less than 1,000 of six million votes cast in Florida.

Delaying the formal process of transition poses real risks. The federal government is a large and sprawling system whose work touches every aspect of our lives and its work must continue across the changing of the guard. Not being able to fully understand current priorities, to grasp the plans that are already in the works and, most critically, unable to know the current and potential problems places a new administration in an unnecessarily compromised position.

That’s the practical meaning of a delayed and possibly botched transition. But when place in the context of the Trump administration’s ongoing effort to discredit the election itself it takes on a more sinister meaning. The torrent of unsubstantiated claims of voter fraud is unprecedented. Rather than accept the disappointing news and help 70 million supporters celebrate their efforts, Donald Trump and his allies have attacked the very integrity of our electoral system, using the bully pulpit of the presidency to stir up anger.

Earlier this week US attorney general William Barr added the weight of his voice and office to the chorus of those claiming with no evidence that there was reason to doubt these election results. Reportedly, according to United Press International (UPI), Barr “told prosecutors that they could investigate ‘substantial allegations of vote tabulation irregularities’ before the election results are certified — a move that goes against longstanding tradition and policy at the Justice Department, which is intended to be the federal government’s independent, apolitical investigative arm.”

Barr’s action led Richard Pilger, director of the department’s Election Crimes Branch, to resign. As Pilger explained via Tweet. “Having familiarized myself with the new policy and its ramifications…an important new policy abrogating the 40-year-old Non-Interference Policy for ballot fraud investigations in the period prior to elections becoming certified and uncontested and in accord with the best tradition of the John C. Keeney Award for Exceptional Integrity and Professionalism (my most cherished departmental recognition), I must regretfully resign from my role as director of the Election Crimes Branch…”

Actual evidence of fraud has been impossible to find. Democratic and Republican state election officials continue to tell us that this was a free and fair election and that there is no evidence of voter fraud. Frank LaRose, a Republican who serves as Ohio’s secretary of state, explained the fuel that sits ready to flame up in comments to the New York Times, “There’s a great human capacity for inventing things that aren’t true about elections. The conspiracy theories and rumors and all those things run rampant. For some reason, elections breed that type of mythology.”

The White House’s ongoing effort to undercut this reality is dangerously fanning the flames of doubt and conspiracy. Key supporters like US Senator Lindsey Graham (R-SC) are adding their voices to the chorus. As reported by the New Yorker, Graham signaled his approval of the idea that Republican-controlled state legislatures might appoint electors who would cast votes for Trump, even though Biden won those states’ popular votes. Referring to Article II of the Constitution, which provides that a state “shall appoint” its electors “in such Manner as the Legislature thereof may direct,” Governor Ron DeSantis (R) of Florida also urged people in battleground states to push their Republican legislatures to override popular-vote results.”

As NPQ has reported, this election showed how divided our nation is about the critical issues the next president must face. Former president George W. Bush is among those to underscore this point. In a statement this past Sunday, Bush expressed his confidence in the fairness and integrity of the election outcomes. Bush also noted that, “The challenges that face our country will demand the best of President-elect Biden and Vice President-elect Harris – and the best of us all.  We must come together for the sake of our families and neighbors, and for our nation and its future.”

At stake is the very fabric of trust that our democracy rests upon. If the Trump administration and its supporters overturn the will of the voters or fail to recognize the next administration’s legitimacy, we will be crossing a line that may be difficult to later restore. That’s what hangs in the balance over the coming days and weeks.—Martin Levine

Martin Levine is a Principal at Levine Partners LLP, a consulting group focusing on organizational change and improvement, realigning service systems to allow them to be more responsive and effective. Before that, he served as the CEO of JCC Chicago, where he was responsible for the development of new facilities in response to the changing demography of the Metropolitan Jewish Community.In addition to his JCC responsibilities, Mr. Levine served as a consultant on organizational change and improvement to school districts and community organizations. Mr. Levine has published several articles on change and has presented at numerous conferences on this subject.A native of New York City, Mr. Levine is a graduate of City College of New York (BS in Biology) and Columbia University (MSW). He has trained with the Future Search and the Deming Institute.

Elections Interrupted: How Governments Are Using COVID to Break Democracy

Nurses: Profitmaking Is Out of Hand among Corporatized...