The Twinkie Defense: Lessons for Nonprofits from a Junk Food Mogul 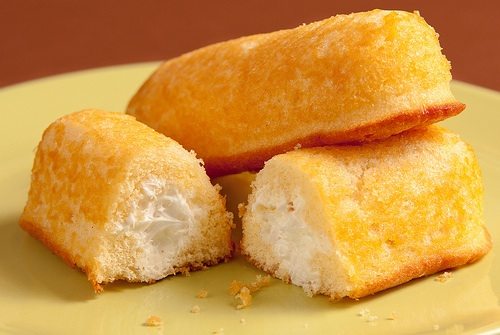 This article from Adam Hartung from Forbes magazine is an analysis of the failure of Interstate Bakeries Co. (better known as Hostess Brands) that nonprofits might learn a thing or two from. So we thought we’d share.

Hartung takes on Hostess for blaming workers and the unions that represented them for putting a final nail in the coffin of the corporation when they refused to take cuts to their wages. The article suggests that the corporation was unable to change with the times and its market. While the market became more health conscious, prices for its ingredients increased but the market was not interested in having those prices passed along to them. Instead of dealing with this very basic problem, Hostess, according to this article, focused on making operating improvements. By 2004, it had $450 million in debt and it filed bankruptcy but it continued to build debt to a total of $670 million by 2009. This was equal to two-thirds of its asset base.

Continuing to sell the same products to the same markets since then built Hostess’ debt by yet another $250 million, ending in the demand that workers take a cut to below market rates – an offer that the unions refused. And while the company says that demand for Hostess’ product line was never the issue, demand at a price that would cover costs, according to Hartung, was an issue. Essentially, writes Hartung, this was a case of an outdated product line taking a company down. In this, he writes, they are not alone.

While NPQ knows that many of us are not in fields where it makes sense to change a “product line” when it is “unprofitable”, there is a lesson here about paying attention to your market and focusing carefully on what may be the essential truth about your business/financial model. If anything, this job is more difficult in nonprofits than it is in for-profits because nonprofits exist in what is called “a muted market” where the beneficiaries of a service often do not pay for it or do not pay the whole freight (you can look at “In but not of the Market: the Special Challenge of Nonprofit-ness.”) Additionally, nonprofits are regularly paid less by contractors than it costs to deliver a service, leaving them scrambling to fill the gap. All of this can obfuscate the existence of longstanding problems that should be addressed. Have you thought carefully enough about how to work with your market of constituents to give it more of what it wants and needs, perhaps with a different approach? Just a thought. If you have faced a core business model problem successfully we would love to hear about it.

Hartung ends with this devastating observation about Hostess, “…when they failed, management decided to scapegoat someone else. Maybe eating too many Twinkies made them do it. It’s a Wonder the Ding Dongs running the company kept this Honey Bun alive by convincing HoHos to loan it money! Blaming the unions is simply an inability of management to take responsibility for a complete failure to understand the marketplace, trends and the absolute requirement for new products.” –Ruth McCambridge