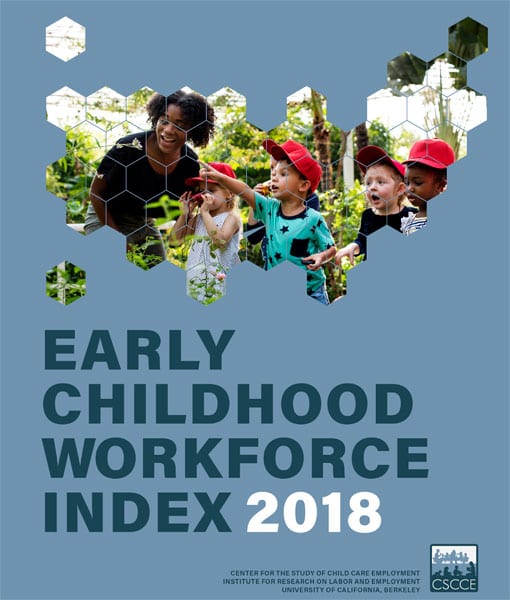 Across the country, 2018 highlighted the need to raise public school teachers’ salaries to make their profession competitive in the face of teacher shortages. The challenge is even greater in child care. In a tightening job market, the inability of many programs to offer child care workers living, competitive wages and benefits is shrinking the supply of quality care. NPQ, of course, has addressed this workforce issue previously in its articles on nonprofit wage ghettos, dating back to 2016.

Speaking to the Associated Press (AP) late last year, Marcy Whitebook, co-director of the University of California, Berkeley’s Center for the Study of Child Care Employment, described a national problem. “Child care workers in the US make less than parking lot attendants and dog-walkers,” she says. “The economics of early childhood in the United States are quite broken.”

In an interview with Wisconsin Public Radio (WPR), Jodi Widuch, the executive director of The Parenting Place, says that in the current environment, “It’s very common for us to hear from child care centers that a room that they once had open to care for four infants is now closed because they could not find qualified staff.”

Child care centers have a very hard time recruiting qualified staff members. Their biggest competitors are school districts, because those early childhood degrees are coveted by both public schools and child care. The compensation packages—you just can’t compare them—along with summers off when you’re working for a school district.

Quality child care means ensuring that the health, safety, and developmental needs of young children are met. These needs are reflected in the rules and regulations states put in place as they oversee and license their child care programs. Meeting these high standards can make the economics of childcare difficult: “The industry as a whole has always stumbled with high labor turnover as the jobs offer low pay and high stress. Experts say care for young children is expensive because it requires intensive labor.”

Wisconsin, whose staffing requirements are not unusual, requires one trained staff person for every four children aged two and younger, with the number of needed staff increasing with the age of the children in care until, for six-year-olds, one person can take care of 18 children. The Huffington Post, citing data from the Berkeley center, noted that “the median wage for child care workers is about $10 an hour.” Evidently, competing with public school salaries, which exceed $26 an hour in Wisconsin, requires much greater funding than that which occurs through private parent payments and public allocations today.

The consequence of low pay for difficult work has been high levels of turnover and a shrinking work force. According to the AP, “the median annual pay for child care workers…increased by 13 percent between 2014 and 2017, to $22,290.…During the same period, the pool of U.S. child care workers dropped to 562,420 workers, down 21,000 people, or 3.5 percent of the workforce.”

Brita Rotering, who teaches advanced early childhood education programs, told WPR, “Unfortunately, there are a lot of centers that will try to take the employees from other centers, because it’s just a battle to get someone who is reliable and licensed appropriately.”

State regulators may recognize the problem, but current budgets provide limited resources. Gina Paige, a Wisconsin Department of Children and Family spokeswoman, says many states are facing similar child care worker shortages “due to multiple factors, including the economy, regulatory modifications, and changes in family dynamics,” and that “larger withdrawals of providers” have been seen in rural regions.

The state has tried to help by using its limited funding to provide stipends. Paige highlighted one program that “rewards workers in the child care and early education field who have reached specified educational levels and stay in the field [that] supported 2,375 individuals with wage stipends that average $540 per year.” Of course, given that an average work year is 2,000 hours, this is literally pennies on the dollar.

Even with salaries this inadequate, the cost of child care remains high because of the need for highly individualized care. When the full costs are passed on to families, it becomes the major household budget item; as the Huffington Post notes, “Families are spending 20 to 30 percent of their incomes on it, according to the advocacy group Child Care Aware America.”

Not paying adequate wages to support a stable, skilled workforce is irresponsible to the millions of children needing care. Asking middle- and working-class families to pay ever greater shares of their incomes for child care clearly is not feasible. Meanwhile, public policies increasingly push parents into the workforce, making the availability of affordable quality child care that much more critical. The only viable solution would appear to be for us to see public child care the same way we view K-12 education, meaning that we all agree to share in paying the bill.—Martin Levine