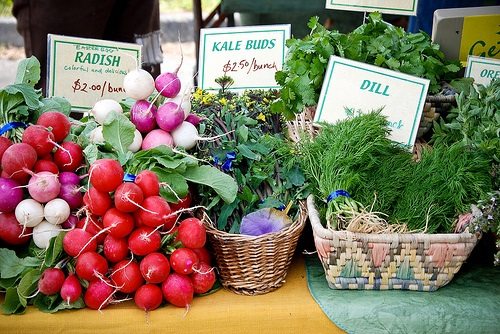 For the 250,000 recipients of food stamps or SNAP benefits in eight Western New York counties, the “Double Up Food Bucks” program allows them to buy double the value of their benefits at seven local farmers’ markets. The program is designed to help with local nutritional needs while supporting local farmers. The markets were chosen for their locations and their infrastructures, which allow for the electronic swiping of EBT cards. The program is being supported by three foundations: The Community Foundation of Greater Buffalo, and the John R. Oishei and First Niagara foundations.

The program is modeled after one started five years ago in Detroit; today, more than 100 farmers’ markets across Michigan participate in the program. The program is expected to show up elsewhere next year, as the federal farm bill passed earlier this year includes $100 million for “food insecurity nutrition incentives.”—Ruth McCambridge