This Spring Break, the Jersey Shore Is Wasted; Want to Help? 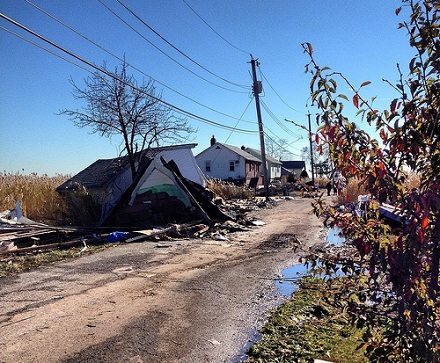 Television network MTV is notorious for throwing over-the-top spring break parties and concerts geared toward college crowds, but this year, MTV is adding a dose of volunteerism to its spring break theme. MTV has partnered with the United Way and mtvU to host this year’s “Spring Fix,” which will focus on helping the victims of Superstorm Sandy. MTV will be selecting fifty college students to help rebuild communities impacted by Sandy in the New York/New Jersey area, where thousands of families are still displaced and waiting for permanent housing. MTV is also promoting United Way’s Alternative Spring Break for other individuals interested in helping the storm-devastated areas.

To honor the college students’ service and raise donations for United Way, MTV will also be hosting a “Spring Fix” benefit concert, headlined by Grammy Award-winning artist Ne-Yo at Six Flags Great Adventure in New Jersey. The concert is also open to public attendees of Six Flags on March 23, and part of ticket proceeds will be given to the United Way. Other MTV staples, such as filmmaker Andrew Jenks and Vinny Guadagnino from the MTV reality series “Jersey Shore,” will reportedly be helping with the alternative spring break’s disaster relief efforts in Seaside Heights, N.J. and other areas impacted by the storm.

The spring break initiative is in line with MTV’s program encouraging community service among young people who want to “make your hood a better place to live.” Will MTV be able to transform the alcohol-fueled party vibe they have cultivated in past spring break extravaganzas into an atmosphere that makes it cooler to give back and help those in need? What impact do you think this type of effort may have on MTV’s younger audience? –Aine Creedon

More about: Disasters and Recovery

Katrina Provides Lessons for a Post-COVID Rebuild, If We Pay...