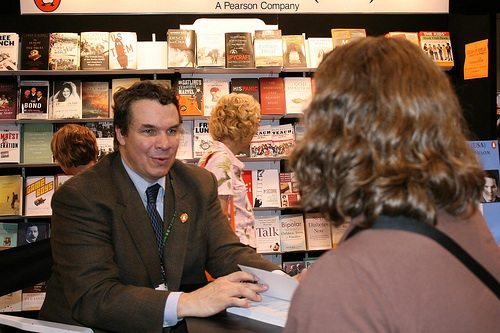 There is a new chapter in the long, strange story of Greg Mortenson, founder and leader of the Central Asia Institute (CAI). The humanitarian Mortenson is the author of two books, Three Cups of Tea (four million copies sold) and Stones into Schools, which have been widely criticized as including fabrications, while revelations have surfaced about how much CAI was spending on promoting Mortenson and his books and paying for Mortenson’s personal expenses.

Four people decided to sue Mortenson and his publisher, claiming that they were cheated out of the $15 they paid for the books because the books were labeled as nonfiction but should have been labeled as fiction. They had asked a federal district court to refund all of the money that purchasers paid for the book. They charged, in fact, that Mortenson, his co-author David Oliver Relin, his publisher (Penguin), and the Central Asia Institute “were involved in a fraud and racketeering conspiracy to build Mortenson into a false hero to sell books and raise money for CAI, the charity Mortenson co-founded,” according to the Associated Press.

The AP article says that the judge dismissed the case, calling the allegations that Mortenson and the publisher lied “flimsy” and “speculative,” calling the racketeering allegations “fraught with shortcomings,” and referring to the claims that the plaintiffs bought the books because they were supposed to be factual “overly broad.”

Back on the job at CAI, Mortenson e-mailed AP while on a trip to Pakistan and Afghanistan, making his first public statement in a year to address the challenges he’s faced with the investigations and media reports: “At times, facing so much was overwhelming and devastating, however, my attorneys always offered steadfast encouragement to stay positive and keep the high ground, even when subjected to false allegations, vicious name-calling and slander,” he wrote. Mortenson also noted that the federal court decision “upholds and confirms my belief and faith that our American legal and judicial system is honorable and fair.”

In the wake of this decision combined with the Montana AG’s investigation that NPQ recently noted, have NPQ Newswire readers’ thoughts about Mortenson changed or not?—Rick Cohen