Tied to the Railroad Track Once Again: The Perils of Legal Aid Funding 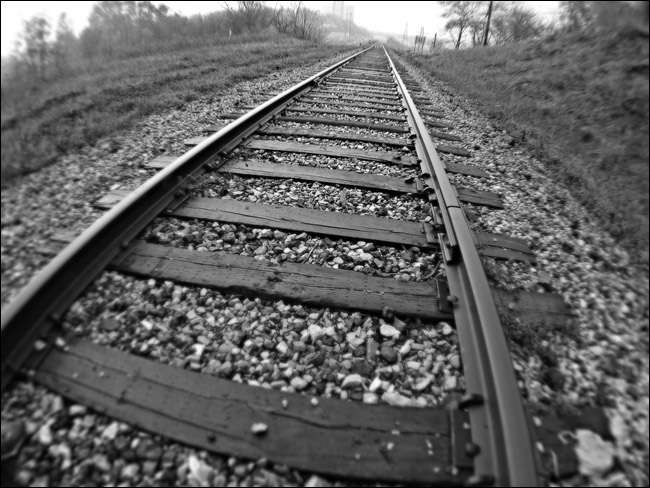 Legal aid for low income people is under attack – again.  The House of Representatives has proposed cutting $70 million from the current fiscal year’s funding for the Legal Services Corporation (LSC), an organization that funds local agencies that provide legal services for low-income individuals. This would be a 17 percent decrease in the current appropriation of $420 million and it would all come from local program grants.  In a small bit of good news, the House, on a strong bipartisan vote, rejected an attempt to eliminate all funding for LSC.

Over the past three years legal aid programs have also been battered by massive losses in Interest on Lawyers Trust Account (IOLTA) income and other sources of funding.  Why is this happening to legal aid and what are the consequences to the programs and to the nation?

Civil legal aid programs have existed for 140 years. Although originally funded entirely by charitable contributions, since the 1960s legal aid’s major source of funding has been the federal government through LSC.  Beginning in the 1980s, other state-based funding sources began to be developed, including IOLTA, state appropriations, local funding and private contributions, especially from lawyers and law firms.

IOLTA is now the second largest source of funding for legal aid nationally and in several states exceeds LSC funding.  Under this program, interest from lawyer trust accounts is pooled to provide civil legal aid to the poor and support improvements to the justice system. The Massachusetts Legal Assistance Corporation, for example, is funded by the Commonwealth and IOLTA and is the largest single source of funding for legal aid in the state.  In fact, legal aid is one of the more successful federal-state and public-private partnerships in the country.  Nationally 60 percent of the funding comes from state and local sources and 40 percent from LSC.

Since the 1970s, there have been at least four cycles of expanding and declining LSC funding. Although the trend has been upward – the bottom of each succeeding cycle has been higher than the bottom of the previous cycle – the current downturn has lasted since 2007 and the end is not yet in sight. (For a comprehensive review of the cycles, see G. Singsen, “Riding the Dragon Coaster,” MIE Journal, Spring 2009.)  The down cycles in 1982 and 1996 were ideologically driven as first President Reagan and then the adherents of the “Gingrich Revolution” tried to end federal funding for legal aid.

Legal aid funding is suffering now in large part because its revenue is tied to the economic cycle. The amount of IOLTA income, for example, depends on the interest rates paid on and the amounts of money in the lawyer trust accounts.  Since 2008 the benchmark interest rates on IOLTA accounts have fallen from 5.25 percent to just above 0 percent and the declining economy has greatly reduced the balances in IOLTA accounts. In Massachusetts, for example, IOLTA income peaked at $25.9 million in 2008 and fell to $9.3 million in 2009.  Also, funding from state and local governments and to some extent the federal government has been hurt by the Great Recession.

Although legal aid funding is tied to the economy and therefore cycles with the economic health of the states and the nation, the demand for services is countercyclical. Even before the current recession LSC estimated that its grantees could serve only one out of every two income eligible people who came seeking assistance.

Even this understates the need. Numerous studies within individual states and nationally over the last 30 years have demonstrated that over half of the low income people who have a legal problem either do not recognize that it is a legal problem or do not know they can do anything about it. Many of those who do recognize that they have a legal problem do not know that they are eligible or how to get access to civil legal aid. The studies have consistently found that only about 15 percent of the legal needs of low-income people are met even in the best of times.

In Massachusetts as in other states, the prolonged economic crisis has driven many families into poverty, often for the first time, producing even greater demands for assistance from the already overstretched legal aid programs.  The number of people eligible for civil legal assistance, those with incomes below 125 percent of the federal poverty level– $537 per week for a family of four – grew by 91,000 from FY07 to FY09, and today stands at more than 966,000 people in the Commonwealth.  As a result, requests for legal assistance have escalated to unprecedented rates.  In some areas, people line up at the doors of local programs before office hours hoping to gain access to some legal assistance.  Demand for assistance in Massachusetts has risen by at least 40 percent over the last three years.

So why then in the face of this ever-growing need for assistance would there be a concerted effort to cut funding?   Primarily because legal aid works.  Ronald Reagan hated legal aid because programs successfully represented the interests of low income people against major agricultural corporations in California and successfully opposed some of his welfare policies. One of his aides in the Governor’s office was quoted as saying, “Legal aid gives poor people the power of a major corporation and that’s wrong.”  As president, he attempted to end all funding.  Newt Gingrich and the “Contract on America” folks opposed legal aid in 1996 for similar reasons.

Their opposition is grounded in a belief that low-income people do not deserve access to attorneys or in any event they do not deserve the same access as wealthy people. In part that belief reflects a distrust of the judicial system’s role in redressing imbalances of power.  In part it is based on the myth that legal aid lawyers are only interested in using the law for “social engineering.” This begs the question of why it is appropriate for lawyers who work for wealthy clients to do everything within their power to influence the nature of state and national legislation and regulations to benefit their clients when the same efforts by legal aid lawyers for poor people are seen as somehow illegitimate.

Legal aid is confronting – as it has throughout its existence – the consequences of depending on funding tied to the economic cycle and ideological attacks on its very existence. The loss of funding, whatever the reason, has real consequences.

At the national level, the $70 million reduction in LSC funding voted by the House would, according to LSC, conservatively result in: a layoff of at least 370 staff attorneys in local programs, closure of many rural offices,and less access to an attorney for citizens away from major cities, 80,500 fewer cases closed nationwide and 161,000 more poor Americans who will go without the services of an attorney.  This includes women seeking safety for themselves and their children from domestic violence, veterans returning to civilian life without a job, and elderly victims of foreclosure; and, the reduction will have a disproportionately large impact on programs that rely most heavily on the Federal grant (Alabama, Mississippi, South Dakota, Wyoming, Connecticut, Massachusetts and Nevada).

Legal aid programs are often the last resort for low-income people when they are confronted with complex civil legal problems such as domestic violence, eviction due to foreclosure and unemployment appeals.  In Massachusetts, LSC-funded programs are the first point of contact for many legal aid clients and provide immediate advice and referral to non-LSC funded legal aid programs and pro bono attorneys.  Their assistance keeps many people from having to go to court on their own.  Eliminating advice and referrals would increase the number of pro se litigants when unrepresented people are already straining the overtaxed justice system.  LSC programs also operate pro bono programs that enlist, train and support private attorneys who provide free legal assistance.

The proposed $70 million reduction in LSC funding for the remainder of the federal 2011 fiscal year would remove over $1 million from the over $6 million in grants for Massachusetts local programs (basic field grants).  LSC programs would be devastated by cuts of this magnitude and the entire legal aid delivery system in Massachusetts would suffer.

The non-LSC funded legal aid programs in Massachusetts are unable to make up for any cut in federal funding.  Those programs are still struggling with the dramatic and sustained 66 percent decline in IOLTA revenue from FY08 to FY11.  The IOLTA decrease, combined with a $1.5 million cut in the FY10 appropriation, forced the Massachusetts Legal Assistance Corporation to cut grants by 55 percent since FY08.  Consequently, the number of legal aid attorneys at MLAC-funded programs has dropped about 25 percent, some programs have lost 33 percent of their staff since FY08.

Of even more concern for Massachusetts programs is that many of those staff members who have left or been laid off were newer employees and many of them are people of color.  Almost all the diversity gains made by programs over the past 10 years have been lost since 2008.

Legal aid has overcome many attacks and down economic cycles over the last three decades and it will survive and emerge stronger from this one.  Now, as in the past cycles, the strong support of the organized bar from the American Bar Association nationally, to state bars, to county and city bars has been an essential foundation of political support for legal aid.  That support also led to the creation of IOLTA programs and other state based sources of funding for legal aid. 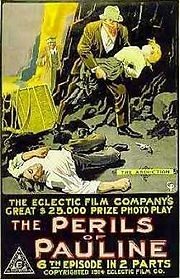 A majority of states now have Access to Justice Commissions lead by members of the state’s Supreme Court.  The amount and nature of state funding varies widely across the country and is affected by economic ills but building the political support necessary to obtain  state funding  has strengthened the ties between legal aid and the legislatures, executive branches and judicial systems of states across the country.  Legal aid is increasingly not just a poor person’s issue.  Access to justice is correctly seen as a necessary foundation for a just, vibrant, democratic society.

But to continue to grow, legal aid must find more stable sources of funding, and must do a better job of articulating its core mission and how the work that legal aid programs do contributes to the civic health of this country.  Economic cycles will come and go and there will always be political opposition to funding. Despite the current and future crises, legal aid programs will survive and thrive if history (and Pauline) is any guide.

Lonnie Powers is the Executive Director of the Massachusetts Legal Assistance Corporation. The views expressed in this article are Powers’ alone and not those of MLAC.

Lonnie Powers is the Executive Director of the Massachusetts Legal Assistance Corporation.

21 Common Questions about Asking for Money.