’Til Death (or Lack of Profits) Do Us Part Healthcare: Humana’s Debut in Hospice 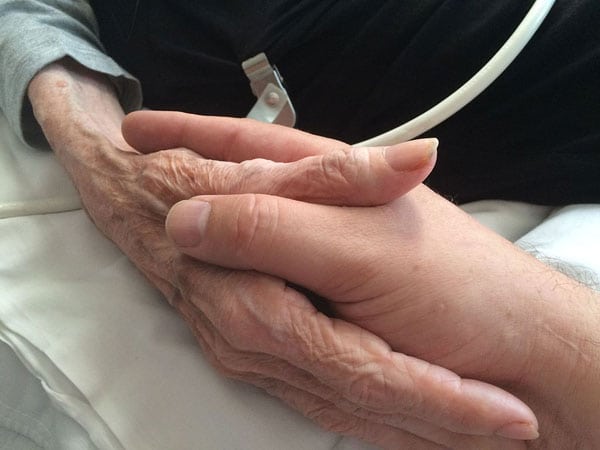 As nonprofits ceased to dominate the hospice field in recent years and for-profits became the majority players—according to the New York Times, for-profits controlled 63 percent of the sector as of 2013— quality of care has arguably decreased while fraud and overbilling has increased. NPQ has been following the changes to the hospice industry for years, and while it is possible these issues plaguing hospice can be chalked up to correlation, not causation, it seems more probable that the hospice industry’s lack of standards coupled with its high profit potential make it ripe for fraud by dishonest providers.

With profit margins as high as 16 percent, it comes as no surprise that for-profit companies want a piece of the pie and have eagerly joined the industry. The New York Times estimates that since the year 2000, the number of for-profit hospice providers has “more than quadrupled.” In this time, dozens of lawsuits have found for-profit outfits guilty of a wide variety of infractions ranging from inappropriately accepting patients into hospice, to substandard care, overbilling, and even causing untimely death. Throughout it all, hospice providers have received “slap on the wrist” penalties with no real changes to the industry occurring.

Part of the reason there are few changes being made to the industry is that the field itself is rather subjective. In the face of terminal illness, some physicians and patients opt for aggressive treatment, whereas others do not. In some cases, it seems to be as much a personal decision as it is a medical one. While the National Hospice and Palliative Care Organization has put out a tip sheet on compliance, even this indicates that “each patient and his or her symptoms will differ.” The subjective nature of the field does not lend itself to strict standards and, to reiterate previous NPQ conclusions, may be another reason that hospice should stay within the nonprofit sector. Without a profit motive, nonprofit organizations are better able to focus on quality care and keep the patients’ best interest front and center.

With Humana entering the game, now there’s a new player with added cause for concern. Humana is partnering with private investors to purchase two hospice providers, Kindred and Curo. Both providers have already faced steep penalties: Kindred for overbilling and Curo for providing kickbacks to physicians referring patients to its facilities. Humana’s foray into hospice represents one of the first insurers to do so and, as one of the largest private Medicare agencies, they stand to reap in huge profits as they work with patients from health through death.

What is particularly concerning about Humana’s involvement is that Humana would benefit from its customers opting for hospice over expensive end-of-life treatment. The New York Times article explains:

“An insurer that can steer patients towards its hospice has ‘better control,’ said Rob Smith, an analyst with Capital Alpha Partners. After giving consent, dying patients can be shifted to the hospice program, and while an insurer would lose out on money it received from Medicare to cover that person, a company like Humana could count on the revenue generated by its hospice business. ‘Your other pocket is filled by Medicare,’ he said.”

The same issues plaguing the hospice industry stand to be exacerbated in the case of Humana unless the company sets its own high standards for hospice eligibility. When hospice providers operate independently, they still need to convince patients to come to their facility. That would explain why providers such as Curo provided incentives for physician referrals. With Humana dominating private Medicare and owning its own hospice outfits, they can technically funnel patients into their facilities.

With Humana entering the hospice field, it’s only a matter of time before other insurers jump on board as well. This idea of ’til-death-do-us-part healthcare from for-profit entities smells incredibly fishy and opens up an already problematic industry to even more duplicitous behavior. Meanwhile, patients and families are in their most vulnerable position and need help that is not clouded by greed. While the hospice field seems to be moving away from nonprofit hospice providers, it stands that this is the best model for the industry.—Sheela Nimishakavi