Tips for Taking Your Twitter Game to the Next Level

This article was published in its original form in the Grassroots Fundraising Journal. As a special offer for NPQ readers, new and returning subscribers can use the coupon code “npq” to qualify for a special introductory rate of $30 for a one-year subscription.

Whether you’re just getting started or have been tweeting for a while, here are some tactics you can use on Twitter to reach new audiences and expand your community.

Taking a few extra minutes to design your twitter account with imagery that ties into your campaign will make your organization look more professional on social media. Twitter is a unique community with its own culture, codes and rules, and you need to understand that community to be a part of it.

Profile Picture: This photo is your identity on Twitter. It’s the little picture that appears with your tweets in the feed. Since it is so small, it’s best to go with something clear and easy to see, like your organization’s logo or a picture of your face. (Measures 400 x 400 pixels)

Header Image: This is the backdrop image behind your profile picture, similar to a Facebook cover photo. An iconic photo of your group’s identity (or your own) will work best here. Examples include a photo of your members holding signs at a protest, a hard-hitting image of what you’re fighting for, or a captivating image of where you’re organization is based. (Measures 1500 x 500 pixels)

Tweeting can be tricky sometimes. There is no formula for the perfect tweet—your audience may respond to something that some other group’s audience may not. This section has some guidelines and tips based on my experience with tweeting for Greenpeace and industry research I’ve done.

It is in your favor to develop a distinct voice for your organization (or for yourself) so that your tweets can shine above the masses. This can be especially difficult if you’re an organization, which is usually a collection of distinct voices. So don’t be afraid to experiment with different voices to find out what sticks. Don’t be afraid to fail—social media is all about iterations. Try something, look at how people react, adjust, and try again.

Tweets that travel well tend to: 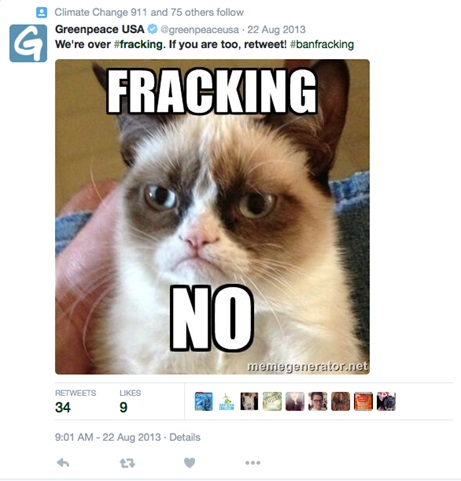 In order for tweets to reach as many people as possible, a couple of rules of thumb apply. Keep in mind that these don’t have to happen for every single tweet you put out, but will be helpful when you want your tweets to really fly through the network.

The Ins and Outs of Hashtags

A hashtag is a word or a phrase prefixed with the symbol “#.” It’s a way for people to connect with and listen to conversations on Twitter. For example, if you include the “#stopmtr” hashtag in your tweets, people who care about stopping mountaintop removal can find your tweets—or you can search for other mountaintop removal tweets by searching for #stopmtr at search.twitter.com.

Hashtags are a great way to expose your tweets to potential new followers who may be interested in your tweets. Do you have something relevant to say about a policy issue or a corporation? Well, there is probably a conversation already happening about it on Twitter, and you want those people to hear what you have to say. It’s always best to join conversations rather than create your own; otherwise, you risk talking to just yourself.

Hashtag research enables you to quickly find the most active conversation on Twitter about the issue you are advocating for.

Here are some simple, easy steps to find the best hashtag for your conversation:

In many cases, there will be multiple hashtags for a single issue. If we continue with the fracking conversation as an example, #fracking and #banfracking are two of many hashtags that make up the overall conversation of this issue. In addition to considering which hashtag is trending the most, I pick what is strategically best for my tweets, depending on what content I am tweeting. For example, if I was tweeting a news article on fracking, I would choose #fracking because from what I see in the conversation, there are a lot of news-specific tweets. Conversely, when I was tweeting about a fracking rally in front of the White House, I used #banfracking for all of @greenpeaceusa’s tweets because that was what activists were using, and the conversation about the rally and the anti-fracking movement was there.

So different audiences may be on different hashtags for your issue. Think about which audience you want to engage with each and every tweet, and use the best hashtag for it.

When do I start a new hashtag?

Starting a hashtag is often unnecessary. There are 500 million tweets sent out per day on Twitter, so there is probably a conversation happening about your issue that you should join. It’s also very difficult to start a new hashtag and get other people to use it besides yourself, so I recommend doing your research.

Consider starting a new hashtag if:

If you do your research and decide a new hashtag needs to be started, go for it. The difficult part of starting a new hashtag is getting other people to join the conversation there. It’s like getting your friends to come to the new bar across town only because it’s near your house but not theirs!

A Twitter chat is when you have a real time conversation with a group of people on Twitter—for a specific amount of time—with everyone using and following the same hashtag to connect. Twitter Chats are usually scheduled for an hour, and that hour tends to fly right by.

Below are some secrets to hosting a successful Twitter Chat:

Live tweeting is citizen journalism at its best. You don’t need major news networks at your event; all you need is your phone and a some good hashtags on your side to have your event reach a good chunk of people.

It’s always helpful to keep track of how your Twitter communication and engagement is going. Here are some tools and tips that can help you evaluate: 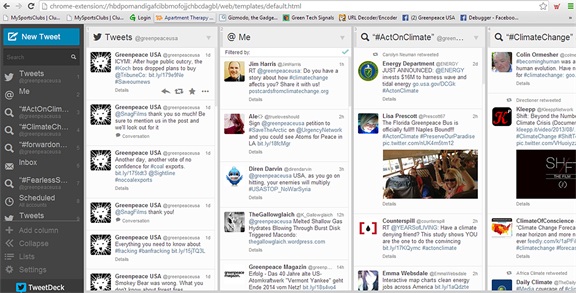 When taking the suggestions in this article into consideration, remember not to feel too overwhelmed—you don’t have to do every single thing on here right now! Just take it one day at a time and do what you can. Twitter is an ever-changing platform, so don’t forget to talk about this with your friends and colleagues. You never know, you might learn something new.

As a nonprofit consultant, Meena specializes in turning policy ideas into shareable social content. She facilitates organizations in developing a strategy around digital communications, and trains staff on best practices and tools to effectively communicate their campaigns to a digital audience.