Disasters & Recovery in the US, Philanthropy

To BP or Not to BP? That’s the Sponsorship Question for Royal Shakespeare Company 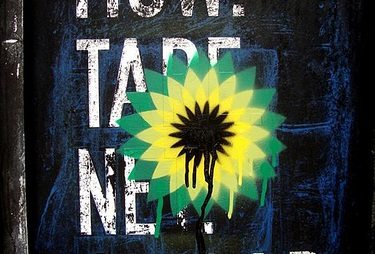 Would Will Shakespeare have accepted support from BP to finance productions of Hamlet, King Lear, and Pericles, Prince of Tyre at the Globe? At that time, we doubt he would have been particularly picky about sources of funding, but times are different now. BP’s regular sponsorship of the World Shakespeare Festival, the largest celebration of Shakespeare ever, has provoked a protest by a group of British actors pointing to BP’s destructive role in the 2010 Deepwater Horizon oil spill in the Gulf of Mexico, the largest oil spill in history. The actors, under the name Reclaim Shakespeare Co., have a website, BP or not BP, and a Twitter account.

With a Shakespearean flair, Reclaim’s website takes on the Royal Shakespeare Company and we couldn’t resist sharing it with you here:

“Something is rotten in the state of Stratford

The Royal Shakespeare Company have chosen to put BP’s money in their purse. Yet he’s mad that trusts in the tameness of a wolf. BP is doing everything in its power to let not the public see its deep and dark desires – fossil fuel expansion and ecological devastation. BP is the harlot’s cheek, beautied with sponsoring art. It is the greenwash monster, which doth mock the meat it feeds on, and the RSC have made themselves complicit in its crimes. If this were play’d upon a stage now, we could condemn it as an improbable fiction!

Times are tough. Ay, there’s the rub. But all that glisters is not gold. And whilst comparisons are odorous, we do well remember the dropping of tobacco companies as sponsors by a host of cultural institutions. The arts continued, and so shall the RSC, freed from the grasp of this smiling damned villain. Once more unto the breach, dear friends, once more!

We believe that action is eloquence

We say to the RSC: to thine own self be true. Be nothing if not critical and forgo your damaging relationship with BP.”

But this is the nature of big money cultural events in the U.K. and here in the U.S. Even on public TV here, the underwriters tend to be sometimes controversial corporations such as ExxonMobil. Will the RSC think of the massive oil spill, and tell BP, in an emulation of Lady Macbeth, “Out, damned spot! out, I say! One; two: why, then, ’tis time to do ’t. Hell is murky! Fie, my lord, fie! a soldier, and afeard? What need we fear who knows it, when none can call our power to account?” –Rick Cohen