TOMS founder, Blake Mycoskie, says there are millions of children around the world who are in need of shoes. He’s based his entire business model on this premise.

Mycoskie’s for-profit company has enjoyed handsome gains by getting consumers to buy into his idea. In our story, we question whether Blake’s assumption is accurate and if it is, whether giving children free shoes is the best solution.

“It starts with a solution that we, or the donor, or the giver, thinks is appropriate,” Laura Freschi of New York University tells us. “That is, ‘We would like to give people shoes,’ which, in my opinion, is backwards because the way it should really start is with the person receiving to say, ‘Well, what is your priority? What is it that you need?'”

We also look at TOMS’ Giving Partners; non-profits the company works with to distribute its shoes to children around the globe.  As we started to compile a spreadsheet on TOMS Giving Partners, we were surprised to see the number of Evangelical groups that kept cropping up. This got us looking into Blake Mycoskie’s particular brand of Christian faith and how it may be informing the groups his company partners with and how they distribute TOMS shoes.

UPDATE: On Thursday, March 29th, 2012 TOMS’ Chief Giving Officer, Sebastian Fries, released a written statement in response to my story. TOMS submitted the statement to the public radio program, The World. The World had requested an interview with a TOMS representative in advance of an interview I did on Thursday with The World’s host, Marco Werman, about my TOMS story. TOMS did not provide The World with someone for an interview but instead released the following statement:

“While we welcome all opinions and points of view, we’re surprised that Amy Costello chose not to speak with, or include, any of our current Giving Partners for her segment, nor the numerous supporters of TOMS and our business model throughout the NGO and academic communities who have a more balanced assessment.

Regardless of the reporter’s suggestions, TOMS is a secular company. While we are constantly trying to learn and improve our approach, we’re extremely proud of what we have accomplished through the One for One model in such a short amount of time, and remain committed to giving shoes and helping give sight to people in need around the world.” 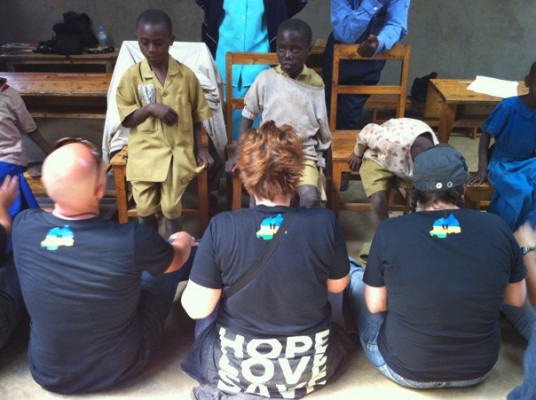 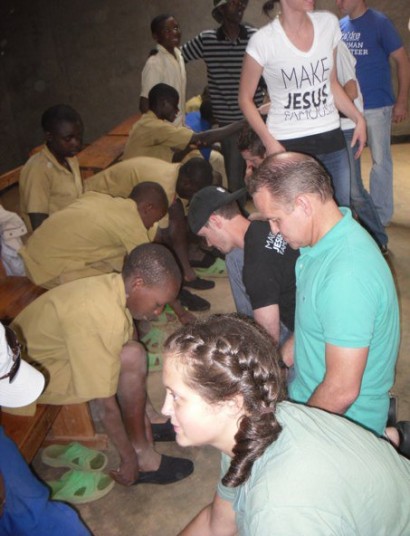 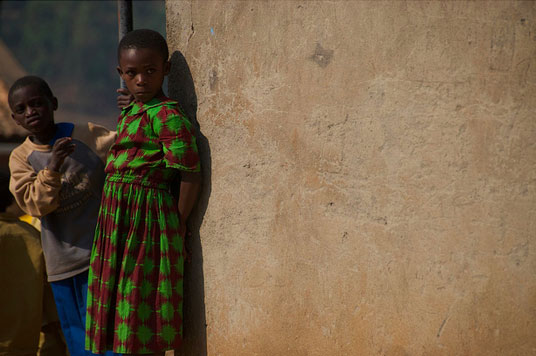 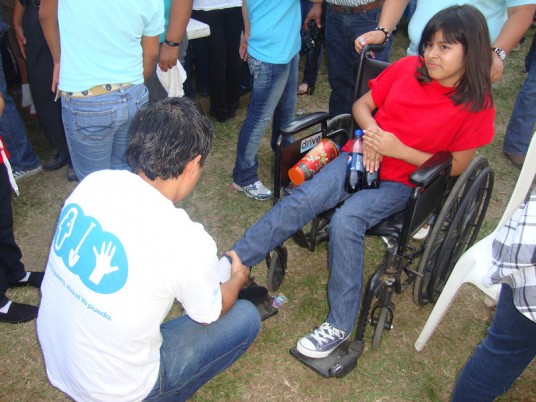 Girl in Honduras with new Converse shoes is fitted with a TOMS Shoe. (June, 2011)

Saundra Schimmelpfennig has been offering critiques of the TOMS shoe model for years. Her story also provides a list of the work of others who have been writing about TOMS. Saundra also helped produce this video, which questions the need for shoes around the world.

Jezebel’s Irin Carmon wrote an article about Blake Mycoskie’s decision to speak at an event sponsored by Focus on the Family. Carmon’s story helped ignite debate and criticism about Blake’s connections to Evangelical organizations. Blake later issued this apology on his blog, but he’s since removed that apology from his blog.

We also spoke with Patrick Woodyard, founder of shoe company, Nisolo. His business model is based not on hand-outs but instead works with Peruvian shoemakers to bring their hand-crafted leather shoes to the US market. 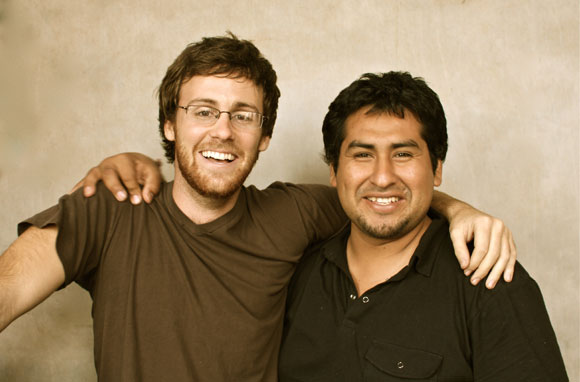 Nisolo founder Patrick Woodyard (L) with one of the company’s shoemakers. 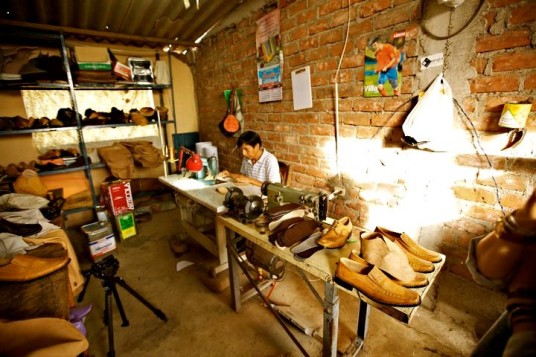 Nisolo shoemaker, Willan, working in his shop in Peru. 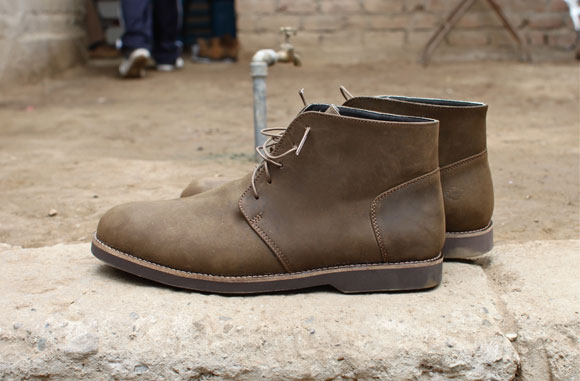 A pair of Nisolo shoes

The TOMS Shoes site is filled with photos, videos and blog entries about its work around the world.

If you’ve got ideas for a person, company or non-profit that we should cover in our next segment of A Closer Look, please let us know.

And tell us what you think of TOMS Giving Partners, the TOMS business model, and whether you believe companies can do good and make a profit at the same time.

By Amy Costello and Frederica Boswell
May 6, 2021