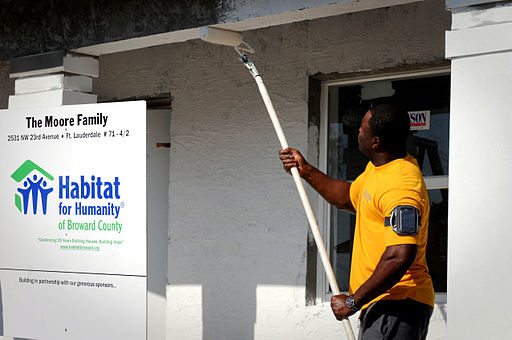 The list of the top for-sale homebuilders of 2012 is out, and nonprofits are on the list. Habitat for Humanity ranked tenth in the nation with 3,766 closings, and NeighborWorks ranked 49th with 608 closings. In terms of affordable or subsidized housing, Habitat topped the list while NeighborWorks was third.

This is a good-news and not-so-good-news sort of report for the nonprofit housing industry. On one hand, both Habitat and NeighborWorks fell in their rankings (Habitat was sixth in 2011; NeighborWorks 46th), which suggests that the private market is coming back to some extent. On the other hand, regarding the production of affordable housing per se, it seems that affordable for-sale units are lagging. While we cannot attest to the Builder 100 methodology and classification, the closing numbers of Habitat in particular show a significant decline since 2010:

Habitat’s closings for 2012 were 37.6 percent lower than the high-water production total of 2010. Perhaps Habitat’s strong production numbers during the height of the recession reflected a lack of demand for market-rate housing, while Habitat now faces competition from market-rate developers for land and buildings. Perhaps it is due to the rolling cutbacks in federal subsidies in HOME and CDBG (although Habitat formerly spurned subsidies, it has relaxed that policy in recent years), which have reduced the money available to make affordable housing production possible.

Both Habitat and NeighborWorks, it should be noted, are distributed networks. Production doesn’t occur centrally, but through community-based or neighborhood-based affiliated nonprofits that respond to opportunities and needs in their local communities. Habitat cites approximately 1,500 affiliates in the U.S., making the average production per local Habitat pretty low. NeighborWorks claims 235 affiliated nonprofit organizations, though NeighborWorks groups, unlike Habitat affiliates, have been increasingly open to rental housing development and management. Many spend a significant portion of their programs engaging in homeowner counseling, foreclosure counseling, and facilitating financing for homeowners, while Habitat is strongly focused on production.

The Habitat and NeighborWorks networks are important affordable housing resources in the U.S., but does their limited home production suggest that the U.S. is falling behind in meeting the demand for affordable homes?—Rick Cohen