Rich with Players but Strapped for Resources; Tough Questions about a Nonprofit Cultural Ecosystem 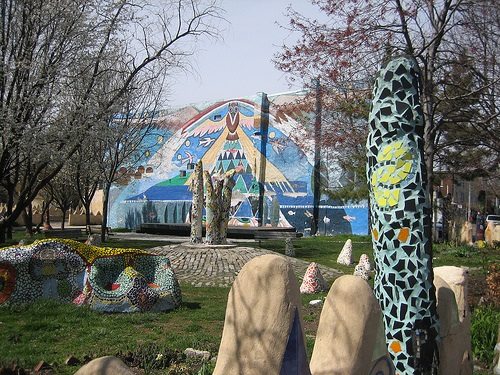 How does a nonprofit “market” work to limit growth? It depends upon the specifics of the market. NPQ would love to hear from readers about the findings of the report described below.

On Sunday, the front page of the Philadelphia Inquirer ran a headline describing the state of the arts sector in the Philadelphia region: “Abundant culture, dearth of funding.” On Monday morning, leaders from the arts community and its funders gathered to hear key findings from the report that prompted the headline, an in-depth study of the region’s cultural sector by Boston-based consulting and research firm TDC.

“Capitalization, Scale, and Investment: Does Growth Equal Gain?” was commissioned by the William Penn Foundation—long a leading supporter of the region’s arts organizations—and its findings were first presented last October at the 2014 Grantmakers in the Arts conference. This research was undertaken as a follow-up to “Getting Beyond Breakeven,” a previous study jointly funded by the William Penn Foundation and the Pew Charitable Trusts and published in 2009. The report and its appendices and slides are available on the TDC website. Much of the data supporting both studies is drawn from the Cultural Data Project; the new report focuses on data from 2007-2011.

The report includes two sections: The first aims “to take the temperature of the Philadelphia arts ecosystem again,” using comparative data to the extent possible to see how the sector has fared since “Getting Beyond Breakeven.” The second is a detailed analysis of what can be gleaned from the available data—as well as from interviews with leaders of 38 cultural organizations—about how and why arts organizations invest in growth, and whether or not those investments yield dividends. Here are just a few takeaways from each section:

This part of the report is loaded with troubling observations and important questions that arts managers, board members and funders all need to consider regarding scale, size and sustainability.

Nelson says, “What Philadelphia should be thinking about is, how do we invest in the next best ideas and give them the capital they need to do it?” And, returning to the theme of capitalization, “Don’t just give them enough, give them more than enough.”

Anyone who works in or cares about the nonprofit arts sector should spend some time with the full report. Nelson suggests the findings in the Philadelphia market generally are comparable to what she and her colleagues have observed elsewhere, especially in “other urban centers with a densely populated market of organizations.” And as noted in the report, “the organizational-level findings should be applicable to any manager that is concerned with sustainability, growth, and capitalization.”