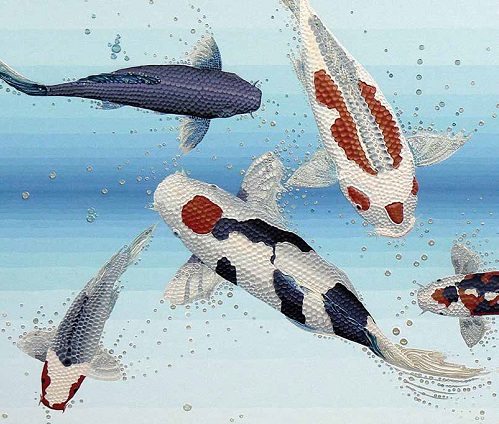 Editors’ note: This is the first of two parts of this article, the second of which will appear in NPQ’s fall 2013 edition. The article started as a paper titled “Promoting Passion, Purpose, and Progress Online.” It was first published online by Alliance Magazine, in February 2013. This article is featured in NPQ‘s blockbuster summer 2013 edition: “New Gatekeepers of Philanthropy.”

While frustrating, this result was predictable. Our efforts to promote online philanthropy are stuck in a tangled web of ineffective and incon- sistent practice that extends throughout the universe of philanthropy. We have sought, through our sophisticated tools and exhaustive data, to untangle a part of that web. Certainly there have been bright spots—modest untangling and change has occurred here and there. But the pace of that change has been painfully slow. This paper argues that change will continue to be hampered unless we invoke strategies to untangle the entire web—that is, remove impediments that inhibit progress throughout the entire philanthropy ecosystem, which is the aspirational name I use in this paper to describe the interconnected, information-driven, innovation-embracing philanthropic universe we must resolve to build together.

This paper revisits early initiatives to facilitate more generous and intelligent philanthropy, and flags the causes of entrepreneurial frustration. It then discusses, in turn, the pertinent attributes and challenges facing each of four component systems of an inclusive philanthropy ecosystem: the philanthropy knowledge system; the giving system; the nonprofit management and reporting system; and the nonprofit evaluation system.1 It concludes the discussion of each component system by identifying opportunities for social entrepreneurs to intervene productively. And, it highlights the systemic potentials of the philanthropic universe and the necessity for social entrepreneurs to pursue opportunities for coordinated or collective action across the ecosystem. Indeed, without a commitment to build this ecosystem together, the entrepreneurs and others who build and lead nonprofit organizations will continue to operate within a confusing and ineffective resource marketplace. And, most importantly, the people and planet served by these actors will be denied the benefits of a well-functioning philanthropy ecosystem.

We haven’t always sought to turn donors on to the rewards of smart, proactive philanthropy. We haven’t always believed that we could elevate them to greater heights of discerning generosity by offering them immediate access to evaluative, fiscal, and programmatic information about nonprofits. Indeed, throughout its long history, American philanthropy has been very slow to move from its longstanding association with alma maters, churches, hospitals, and other local institutions—an association fortified by friends, family, pride, and proximity—to embrace the hundreds of thousands of distant, more cause-focused nonprofits that proliferate around the planet.

Attracting the attention and allegiance of new donors has always been a difficult and expensive proposition for nonprofits that lack human ties to their targets. The most successful have deployed sophisticated marketing methods of messaging, direct mail, and friends-of-friends networking. Throughout the twentieth century, local Community Chests and their United Way off-spring popped up to capture and rationalize donor interest in local social agencies. While still relying on tried-and-true direct mail and a network of workplace “arm twisting,” United Ways have long researched local community need and purported to fund the most effective charitable responses. In this way they conduct, albeit not always cost-effectively, the evaluation and funds-sourcing functions for local charities that online intermediaries, as we will see, seek to do for nonprofits and causes throughout the world. But note that, despite their ubiquity and longevity, United Ways still process less than 2 percent of total giving.

Direct mail campaigns by national nonprofits seeking donations countrywide grew in prominence in the 1960s and 1970s. In response, state charity offices and national watchdog groups, principally the National Charities Information Bureau (NCIB), Better Business Bureau (BBB), and American Institute of Philanthropy (AIP), emerged to protect the public from fraudulent solicitors and inefficient charities. NCIB and BBB, each working with populations of roughly 350 nonprofits, identified those organizations that exceeded their standards and those that fell short. AIP offered letter grades for selected standards for the six hundred nonprofits it rated. The expressed purpose of these efforts was consumer protection, and the primary focus of analytical attention was nonprofit fundraising practice. The perverse upshot of the whole exercise has been a widely accepted, two-generations-long tradition of nonprofit evaluation based largely on the magnitude of fundraising and administration ratios.

The NCIB and BBB combined operations in 2003, revisited respective evaluative standards, and now offer a more holistic view of general fiduciary practice, as well as fundraising practice, in their reviews of 1,200 nonprofits.

GuideStar launched its comprehensive website in 1998, offering extensive financial and limited descriptive information, all self-reported and non-evaluative, on the hundreds of thousands of nonprofits that complete the Form 990. GuideStar assembles vast amounts of data from all American nonprofits, which helps donors and others to identify, compare, track, and connect with groups performing work that resonates with their own interests and values.

Charity Navigator, also seeking to take advantage of the data management and broad distributional functionality of the web, was founded in 2001 and has become the most highly trafficked website of the evaluative services. Using a relatively few financial data fields from the Forms 990 of 5,500 organizations, it applies star ratings for each of four indicators of the financial efficiency of organizations and three indicators of the financial capacity of organizations. Charity Navigator has sought lately to reorient its evaluative model to focus increasingly on organizational accountability and results, thereby diminish