Training Programs Build New Opportunities for Those with a Record

Finding employment is critical to successfully reentering society, but a criminal record is a huge barrier to attaining employment. Today, nonprofits are stepping into the challenge with training and connectivity programs that help formerly incarcerated people reintegrate into society and the formal economy.

Approximately 5 million individuals in the U.S. were on probation or parole at the end of 2010. Another 9 million are released from jail each year, and a little more than half will return to prison within three years of release.

The costs of America’s huge incarceration and recidivism rate are staggering to the individual, the family, and the community. Unfortunately, breaking the cycle is challenging. Many formerly incarcerated people didn’t complete high school, and with neither a diploma nor training, they have few legal employment options. In addition, states deny many licenses, including cosmetology, barbering, and numerous ones in the medical fields, to individuals with a record.

Nonprofits and state and federal departments of corrections have a long history of providing training to rehabilitate current and formerly incarcerated individuals. Traditionally, these programs focused on the trades, including construction, plumbing, carpentry, etc., but these trades typically require high school diplomas and high math proficiency. Many don’t meet these requirements. In addition, these trades have been hit hard by the housing crisis and the last recession. The new nonprofit programs are finding new opportunities.

Dan Royal is 36 and is off parole for the first time in his adult life. He credits this milestone to his involvement with InnerCity Weightlifting (ICW). ICW is a Boston nonprofit training formerly incarcerated individuals as personal trainers and connecting them with clients, thereby offering them an opportunity to rehabilitate and take control of their futures. ICW has five hundred weightlifting clients and is planning on opening a program in Philadelphia next year.

Jerry Greeff opened his auto shop in Baltimore decades ago. He had to sacrifice many nights and weekends away from his family to grow his business into a multimillion-dollar entity. He knew it was time to retire, but could not find a buyer interested in purchasing his business. He reached out to Vehicles for Change, a Maryland nonprofit training formerly incarcerated individuals as auto mechanics. Soon, Greeff will turn over the keys to the shop, creating additional employment opportunities and a future for many in the community.

Training programs like InnerCity Weightlifting and Vehicles for Change serve as critical lifelines for the organizations as well. Many of these nonprofits develop earned income through their work training programs and are managed as social enterprises. This additional source of revenue strengthens them, particularly as the competitive nature of philanthropy continues to grow. For example, ICW’s earned income grew from $21,000 in 2014 to $133,000 in 2015.

Without these programs, upwards of ninety percent of formerly incarcerated persons return to prison and jails. But, where these programs succeed, the rate drops to a small fraction of that. Their successes come not just from the new careers they begin but also the social capital they build. Since many clients come from broken families with a history of drug abuse and incarceration, the bonds they create lead to a stronger safety net, even for those who are unable to break the cycle and do return to prison. For example, Royal, the ICW trainer, needed help at his final court hearing. He turned to one of his clients, whose friend was a former prosecutor. The attorney spoke highly of Royal, and Royal exited parole.

Connecting formerly incarcerated individuals to new careers doesn’t just offer these individuals and their families a solid future. It also slowly transforms the conversation about race and criminal justice. As trainers and mechanics from ICW, Vehicles for Change, and other programs interact with those without a criminal record, there are opportunities to learn and see each other as people, changing the community as a whole.—Gayle Nelson 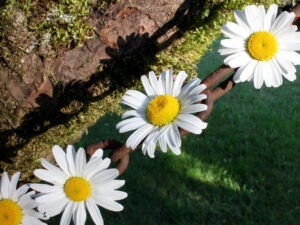