Transparency in Philanthropy: Get On Board or Get Run Over 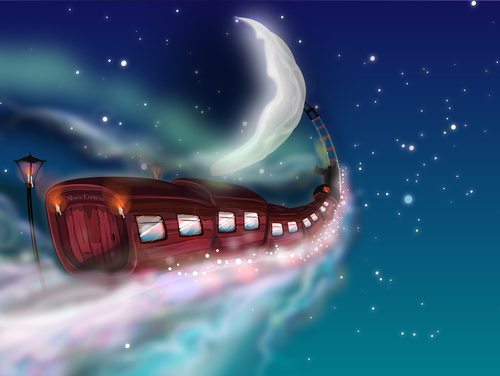 The Nonprofit Quarterly and the National Committee for Responsive Philanthropy (NCRP) are pleased to present the third in a series of articles based on insights and lessons from Philamplify, NCRP’s new initiative that combines expert assessments with stakeholder feedback to help improve the effectiveness and impact of the country’s foundations.

Is there a place for secrecy and anonymity in philanthropy? Some argue that there probably should be a place for anonymous giving and for privacy when setting and executing grantmaking strategy. Even if I agreed with them, it has become clear to me that secrecy isn’t really possible anymore. Technology and a shift in societal expectations have completely changed the game. Gone are the days when foundations and other donors could operate quietly below the radar. Those who give away large sums must get on board the transparency train or expect to get run over by it.

Much has changed since the organization I now lead published Foundations and Public Information: Sunshine or Shadow in 1980. At that time, our research found that “almost 60 percent of the country’s largest foundations do not meet an ‘acceptable’ standard for providing information to the public, and half of these foundations refuse to provide any information to the public when requested.” The report grew out of immense frustration on the part of nonprofit leaders and some members of Congress that in spite of the fact that foundations receive tremendously preferential tax treatment, it was nearly impossible to understand what they were doing with their millions. Release of the report at the Council on Foundations’ annual conference caused quite a stir.

For thirty years after that report was published, our nation’s philanthropies gradually became more transparent. Increasing numbers of foundations started publishing annual reports in the 1980s. In the 1990s, many grantmakers began sharing information via newly created websites. GuideStar made viewing foundations’ financial information easier when they began publishing 990-PF tax returns of private foundations in 2000.

Since 2010, however, the pace of change has been accelerating. The transparency train is rapidly gaining speed. Some of the momentum is coming from organized efforts in the sector, led by infrastructure groups that support philanthropy.

Foundation Center launched its Glasspockets website in 2010, and that site has become a hugely useful tool moving the transparency conversation forward. Foundations can review the arguments in favor of greater transparency, and they can compare their transparency efforts to those at other leading foundations.

Philanthropy Roundtable has also contributed to the momentum. In 2013, they published a guidebook that, as expected, argued against greater government-mandated transparency. However, the guide also put forward a compelling case for why foundations might find value in increasing the amount of information they share.

The National Committee for Responsive Philanthropy is certainly moving the transparency train forward, too. Our Philamplify initiative, launched earlier this year, assesses the practices of some of the nation’s largest foundations whether or not they wish to be assessed. Some of the funders we are assessing would prefer to operate quietly and exercise their immense influence behind the scenes, unexamined by outsiders. Philamplify makes that increasingly difficult.

The most recent effort adding speed to the transparency train is the Fund for Shared Insight, a funder collaborative that is backing a variety of efforts to create greater two-way communication and foster openness and feedback loops between and among funders and grantees. The members of the fund prefer using the word “openness” to “transparency”—and there are important distinctions between the two concepts—but it’s clear to me their efforts will add momentum. More than a dozen organizations have just been approved for funding for projects that may further accelerate the pace of change.

In addition to these organized efforts to promote transparency, other factors such as technology, investigative reporting, and leaking information are also contributing to the momentum in favor of greater transparency. Groups of major donors on the left and the right have seen materials from their meetings leaked and shared with increasing frequency. Formerly anonymous donors have been outed by enterprising reporters. Large grantmakers have been embarrassed by information about their assets discovered in their publicly available documents. And someday soon data from foundation and charity tax returns may become available in machine-readable formats, not just PDFs, which will further accelerate the current trend.

If grantmakers don’t want to get run over by this rapidly accelerating transparency train, they should get on board. If they don’t want someone else to share their information for them, they need to take serious steps towards meaningful transparency, and soon. But how?

Participating in the Foundation Center’s Glasspockets initiative is a good place to start. Funders who want to be proactive can go through the checklist and make sure they’re sharing the relevant documents such as governance policies and information, grantmaking information, performance indicators and others. They can see what peer foundations are doing and challenge their own institution to be as or more transparent.

The approach promoted by John Tyler and others with Philanthropy Roundtable is a little different. Tyler encourages foundation leaders to have conversations about how greater transparency might contribute to achieving foundations’ goals and to take action accordingly. This is useful advice, and society would be better off if more foundation leaders followed it, but it isn’t enough.

When we discuss transparency in the sector, some assume—wrongly, in my estimation—that foundation decision-makers are or should be entirely in control of whether they share information, how much and when. But we live in a world where that isn’t sufficient, or even possible. Stakeholders now expect to have a greater say in private philanthropy, and they have tools at their disposal that make it very difficult for funders to operate clandestinely. Like it or not, many players will be sharing information from foundations or major donors and criticizing or praising what they see. It’s virtually impossible to keep philanthropy secret these days.

What if foundation leaders instead embraced the idea that they really are partners with the public in pursuing the common good? What if they shared information openly and freely, inviting others into the conversation, instead of trying so hard to keep control of the flow of information? True openness will help foundations achieve better outcomes for the people and causes they care about, and it will make policymakers and others less suspect about the generous preferential tax treatment foundations and donors enjoy.

If foundation leaders want to get on board the transparency train before it runs them over, they should start with the radical proposition that other stakeholders actually have the potential to be true partners. Society needs grantmakers to share more, not less, and to listen more, not less.

Secrecy isn’t possible anymore. The sooner the nation’s grantmakers get used to that idea, the sooner they’ll start sharing information freely and openly and begin real conversations with their partners about how their dollars can make the world a better place.