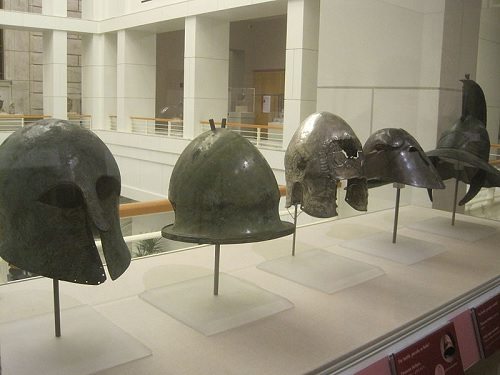 No matter how well intentioned, the off-the-record, behind-closed-doors meetings of Detroit foundations with U.S. District Court Judge Gerald Rosen to protect Detroit’s city-owned art collection from being sold off as part of the strategy to pull the city out of bankruptcy carry two big, serious dangers that cannot be minimized.

Here is the background to the issue. Judge Rosen met with representatives of nine foundations on November 5th to explore the idea of creating a fund, with figures of $300 million to $500 million bandied about, to convey the assets of the Detroit Institute of Art to a nonprofit charitable trust. The participants, apparently not including representatives of the DIA itself, were pledged to secrecy, even though people are being quoted in the Detroit press, some without attribution, about the tenor and topics of the meeting.

A participant in the meeting who asked not to be identified told the Detroit News, “The number is what’s in question…what does it take to pull this off, to satisfy everybody around the table? And what’s the time frame—20 years, 25 years? It’s a creative solution to this thing.” At a presentation at the Hudson Institute on the roles of foundations in saving Detroit held one day after the meeting with Judge Rosen, Tonya Allen of the Skillman Foundation declined to comment on the meeting with the judge. In press coverage on the day of the meeting, without revealing any particulars in the meeting, William White of the C.S. Mott Foundation described it as “a little overwhelming,” offering no specifics of the discussion, and Alberto Ibargüen of the Miami-based John S. and James L. Knight Foundation, which maintains a grantmaking presence in Detroit due to the presence of a Knight newspaper in the Motor City, said that the session “was not an invitation to bail out” the city.

Although the proposal looks like a foundation-capitalized fund simply aimed at protecting the DIA art collection, it isn’t. The fund would essentially generate money to help reduce the pressure to sell the DIA’s collection in order to meet the city’s $18 billion debt obligations. Three-and-a-half billion dollars of that total is owed to two city pension funds. The bankruptcy deal that emergency manager Kevyn Orr has proposed is swapping $11.5 billion of the City’s debt, other than what’s owed for the pension funds, for a $2 billion note—meaning in practical terms that, on average, those entities owed money by the city would get less than 20 cents on the dollar of what they are owed.

That still leaves the pension fund obligation hanging. The subtext of Judge Rosen’s meeting is that telling pensioners that they would get a haircut as well is a recipe for extended litigation. If he can find a “creative solution” to deal with the pension funds and the DIA collection, years of court battles could be avoided.

Here’s the first big problem. As reported in the Detroit press, the participants in the meeting were leaders and representatives of the region’s largest and most influential foundations, including Mott, Knight, and Skillman, plus the New York-based Ford Foundation, the Community Foundation for Southeast Michigan, the McGregor Fund, and the Hudson-Webber Foundation. The conversation isn’t over. As one foundation rep put it, “it would be philanthropic malfeasance not to continue the conversation.” But the discussions are occurring behind closed doors.

The meetings are with Judge Rosen and his advisors, but without not only the DIA, but without the voice and representation of the public at large. That is exactly the problem the foundations have been strenuously, through well-funded community engagement processes, trying to avoid: the appearance of foundations functioning as a secret, decision-making shadow government. Secret meetings with Judge Rosen, and perhaps Emergency Manager Orr, where no one will go on the record (not even Skillman’s Allen, whose presence at the Hudson Institute program was to make the case for the necessity of foundation transparency and community engagement in Detroit), undermine the fragile notion that the foundations—described as the city’s one-percenters by one Detroit columnist—aren’t really in a kind of cabal, engaged with other elite decision-makers to call the shots.

To be clear, while symbolically important in Detroit politics, the propensity of foundations to go secret for no good reason is not just a problem in Detroit. Last year, for example, major foundations agreed to participate in a no-press White House conference on social innovation, not reacting to the obvious contradiction between the lack of transparency and the process of innovation. Earlier this year, foundations gathered for an off-the-record, not-for-attribution, and almost no-press conference on foundation roles in public policy and politics which NPQ had to argue its way into attending. The American public dislikes secrecy, no matter how you slice it. When foundations play into that, all their high statements about engagement and openness fly out the window.

The other big problem is a precedent about the role of foundations in society. Writing for the Detroit News, Daniel Howes, Robert Snell, and David Shepardson asked, if “what would amount to a private-sector bailout of the city’s pensions…would…drain foundations committed to fighting blight, rebuilding infrastructure and supporting critical social services needs?” In his own column, Howes wrote, “Every foundation dollar that goes into a fund designed to protect the DIA by supporting pension obligations for city retirees is a dollar that doesn’t go to support downtown redevelopment; to bankroll construction of the M-1 rail line; to finance new public safety equipment and blight removal in the neighborhoods; to bolster the DIA’s annual fund, endowment or both.”

Detroit’s foundations care about the future of their city as much as any foundation community in the nation. But if their sense of civic pride or civic duty lures them into bailing out the city from the demands of its creditors, pensions or others, Detroit’s foundations will be not only depriving Detroit’s nonprofit sector of badly needed resources, but setting a very troubling precedent. How many other cities will lean on their civic-minded local foundations for bailouts like Detroit’s?

According to a recent report from Moody’s, when it comes to unfunded pension liabilities, Detroit’s is not the worst among American cities. The municipal entity with the largest “adjusted net pension liabilities” (ANPL) compared to funding ability is the City of Chicago, followed by Cook County, IL (also Chicago); the Denver County School District; Jacksonville, FL; Los Angeles; the Metro Water Reclamation District of Chicago; Houston; Dallas; Clark County NV School District; and Phoenix. Note that three of the top ten facing huge pension liabilities are all Chicago-related. If Detroit’s foundations get convinced or hammered into bailing out Detroit’s pension funds—what the DIA bailout is really all about—Chicago’s foundations had better prepare for similar requests.

Foundations in smaller cities might be even more pressed. In a Pew study of the pension and retirees health debt of 61 cities, Chicago ranked at the top as the worst-funded city, but the others in the top five were Portland (Oregon), Omaha, Providence, and Charleston (West Virginia). Other troubled cities, such as Central Falls and Woonsocket, RI, and Detroit’s in-state neighbor Pontiac, all cities with longstanding fiscal crises, could make civic claims on foundation resources.

There has been a movement of foundations toward filling the gaps in underfunded federal programs, notably programs such as the Social Impact Fund and any number of programs for implementing programs from the Department of Education, but ostensibly the foundation dollars mostly still ended up funding the activities of nonprofit program participants. In the precedent that could be set in Detroit, foundation resources would be tapped and diverted to absorb municipal government debt. The combined assets of all U.S. foundations are not sufficient to pay off the existing cumulative $2 trillion indebtedness of U.S. cities and states, but neither should the assets of individual or groups of foundations be taken from nonprofits to pay off the short term situational debt crises of specific cities.

Detroit needs plenty of help to make it through its financial catastrophe. The roles of foundations in supporting major projects, community land-use changes, and capacity building for local nonprofits will be called upon more than ever. But foundations cannot undo the history of disinvestment, regional racial discrimination, the collapse of the auto industry, and other factors that combined for the impoverishment of Detroit. The missing actor in this equation is, not surprisingly, the federal government, which seems to have given Detroit the message that Washington isn’t really going to provide much help. That shouldn’t be read as making foundation assets the default solution for Detroit’s—or Chicago’s, Woonsocket’s, and Pontiac’s—creditors.

More about: Arts and CultureCulture ChangeOpinionPolicy