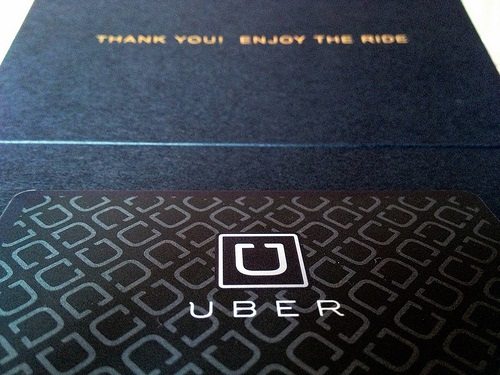 If you’re in one of the nearly a hundred cities serviced by Uber, you’ve probably heard about or experienced the commotion over “surge pricing,” the company’s practice of raising its prices during periods of peak usage or high demand. With surge multipliers of two to three times the normal rate being common, and rates as high as seven or eight times being possible in situations like snowstorms that would ordinarily make cabs scarce, the company has taken two recent steps to burnish its reputation and satisfy its customers.

The first is a change to the functionality of the app itself; users of the iOS version of the app can now sign on for push notifications of “surge drop,” getting signaled when periods of high prices in their area are over. In a blog post, representatives from Uber say, “We’ll stay true to our pledge to get you the fastest ride available, and sometimes that will require surge pricing to get more drivers on the road. But at those times when your schedule is flexible, you can hold out for a ride that’s as affordable as it is reliable.”

The second, and most relevant to NPQ’s readers, is their new “Ride for a Cause” promotion, which sees them partnered with six New York City charities:

For every trip that registered New York City riders complete in March, Uber will donate $1 to their chosen charity. On top of that, the charity that gets the most rides will receive an additional $10,000 donation on April 1st. (They also offer a program wherein charities can get free rides for attendees traveling to or from their events; there’s a form on their webpage for interested parties.)

There’s no sign that Uber’s doing away with their surge pricing; it’s too big a part of their operation to eliminate. However, by giving their patrons the chance to opt out of it and giving them the sense that the extra money is going to support a cause they endorse, they can help ameliorate the bad feelings that may arise.—Jason Schneiderman