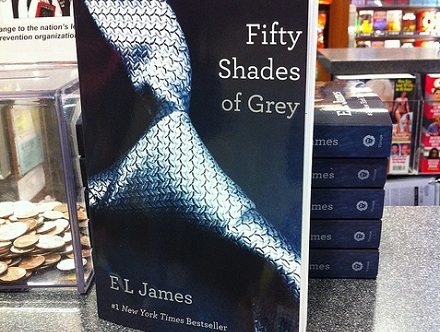 Best-selling novel Fifty Shades of Grey has drawn the wrath of U.K. anti-domestic violence charity Wearside Women in Need, whose director, Clare Phillipson, plans to host a book burning bonfire. The sexually explicit novel, the first of a three-part trilogy, became the fastest-selling paperback in history, and deals with a sado-masochistic relationship between a woman and a man. Phillipson says that the book sends the message that “domestic violence is sexy,” and her concerns go beyond the novel’s depictions of sex.

The book’s publisher, Random House, has responded to the criticism by stating that “the sex scenes are entirely consensual” in the book.

Phillipson plans to hold the book burning bonfire on November 5, and she says that, “There’s an assumption that Nazis are the only people who burn books. What we are saying is, this book is rubbish and we would like to reduce it to ashes. We are not burning the Bible or a political philosophy, we are burning the depiction of an abusive man as a romantic hero.”

Not having read Fifty Shades of Grey, we are in no position to comment on the novel’s content, but even if it is “rubbish,” is a book burning session really a good form of nonprofit advocacy? Can we hear a big “NO” on the book burnings please? –Mike Keefe-Feldman