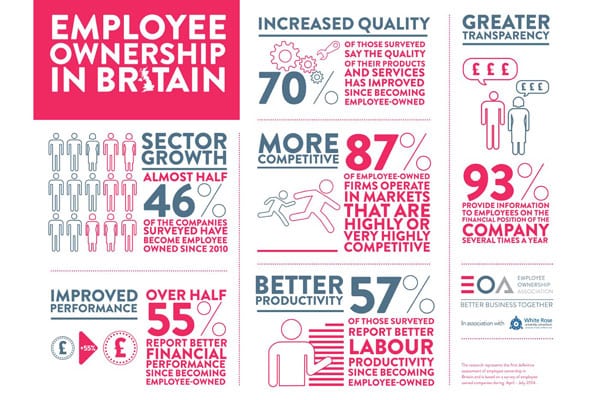 In an interview, John McDonnell, who is the British Labour Party’s “shadow chancellor of the exchequer” (treasurer-in-waiting), indicated that in the next election, the Labour Party will advocate that “all private companies employing more than 250 people…set up ‘ownership funds’ giving workers financial stakes in their companies and increasing powers to influence how they are run,” reports Toby Helm in the Guardian.

As NPQ covered, Labour created a community wealth building unit in February to promote employee ownership and related strategies as a path to economic revitalization. The latest announcement would seem to imply a deepening of efforts in this direction.

The proposal, writes Helm, would “empower millions of workers” across the private sector in Great Britain and is part of the Labour Party’s drive to promote an “irreversible shift in wealth and power in favor of working people.” The proposals, adds Helm, could also mean that workers would receive dividends based on their business ownership that would to boost their incomes.

The Conservative (Tory) Party, elected in 2017, need not face voters in Great Britain again until 2022. However, many, including McDonnell, believe an election will occur much sooner, with internal Tory divisions over Brexit making a new election in the next year highly likely.

“Extending dramatically employees’ ownership of firms is precisely the kind of idea that McDonnell believes will appeal widely,” Helm writes.

For his part, McDonnell says, “What this will ensure is that in large companies, in addition to rewarding workers with wages…will reward them with shares that will go into a pool that will allow them to have an ownership role.”

McDonnell’s proposal, notes Helm, builds on the findings of a report by the Institute for Public Policy Research (IPPR), published last month. The report, titled Prosperity and justice: A plan for the new economy, aims to give “more people a share of capital and to spread economic power and control in the economy by expanding the decision rights of employees in the management of companies,” Helm reports.

Among the models being examined are ones under which firms would have to put a percentage of profits into an employee fund that would build up over time, giving the workforce, through its rising share ownership, an increasing say in key decisions on how the companies were run and managed. While workers would not be able to cash in shares, they could be offered dividends from the fund to boost their pay.

An implicit model behind this proposal is provided by Britain’s John Lewis Partnership, which employs an estimated 83,000 employee-owners—or “partners,” as they are called. A major backer of McDonnell’s proposal is the Cooperative Party, which forms a part of the broader Labour Party. (At present, about one in seven Labour MPs are also Cooperative Party members).

Frances O’Grady, head of the Trades Union Congress, the country’s leading labor federation and among the authors of the IPPR report, highlights the broader vision: “It’s time for a once-in-a-generation rethink of our approach to the economy. Working people have had enough of stagnating living standards and massive inequality. And no one’s buying the idea that there’s no alternative. A better deal for a working people is possible, and will allow us to build a stronger, fairer economy.”—Steve Dubb