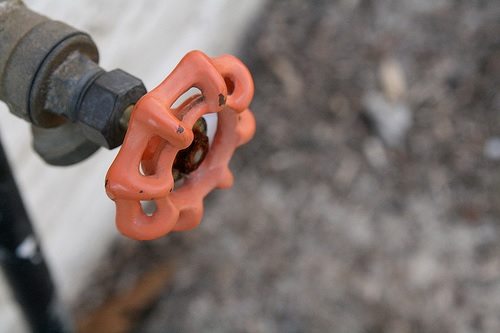 As the state government and its foundation partners attempt to pull Detroit out of its unprecedented municipal bankruptcy, problems continue to arise that bedevil the city and present difficult conundrums to everyone involved.

In March, the Detroit Water and Sewerage Department announced it would shut off water service to 150,000 delinquent customers. That’s not 150,000 people, but 150,000 customers. The plan was to aim at customers who were more than two months late on their bills with shutoffs for between 1,500 and 3,000 a week.

That’s half of the city’s water customers, many very low income, who are delinquent with their water bills. The city’s response is to turn off the water. As context, these customers are facing water rates that have been jacked up 119 percent over the past decade. As the Department proceeded with the water shutoffs, it announced plans for another rate hike of 8.7 percent. Detroiters pay average water bills of $75 a month, compared to the national average of $40 a month.

The water department said that the shutoffs aren’t as bad as they look and that it is helping customers develop plans to pay off their delinquent bills. Of the 46,000 shutoff notices sent in May, the Water Department said, only 4,531 customers actually lost water service for any period of time, and most customers who lost their water service had it restored between 24 and 48 hours later. The city also said that most of the shutoffs had been targeted at vacant buildings. Critics have charged—and the department has denied—that commercial customers are not facing shutoff demands like residential customers are.

A major U.S. city that is cutting off water service to over one hundred thousand customers? U.S. Representative John Conyers (D-MI) declared the Water Department’s policy as “inhumane.” Earlier in the week, a number of nonprofit organizations appealed to the United Nations to intervene and have water service restored and the shutoffs prevented.

The nonprofits involved in the complaint to the United Nations, including the Blue Planet Project, Food & Water Watch, the Michigan Welfare Rights Organization, and the Detroit People’s Water Board, issued a report. Contrary to the Water Department’s assertions, the Blue Planet report recounted stories of people who had been living without water for weeks or months and described what it saw as the imbalance in the city’s efforts against residential customers and its soft-pedaling actions against commercial and industrial customers.

The UN has responded with criticism of Detroit’s actions. “Disconnection of services for lack of means to pay may constitute a violation of the right to water,” said Catarina de Albuquerque, the UN Special Rapporteur on the right to safe drinking water and sanitation. “Disconnection due to non-payment is only permissible if it can be shown that the householder is able to pay but is not paying—in other words, that the tariff is affordable.” It didn’t make Detroit look very good when the UK-based Independent’s coverage of the Detroit story was accompanied by comments from UK water providers who confirmed that they simply don’t do what Detroit Water is doing.

“The affordability of water and sanitation services is an aspect of human rights, so there is a need to assess whether the reason for any non-payment is a genuine inability to pay or an unwillingness to pay; the impact of any disconnections for non-payment must be examined to make sure the action is necessary and proportionate,” the UN Rapporteur added. “If water service supplies are disconnected due to non-payment and this has been proven to be due to an inability to pay, there is an immediate obligation to ensure that the individual or household is immediately reconnected.”

In the bankruptcy, the Department of Water and Sewerage accounts for $5 billion of the city’s $13 billion accumulated debts. That indebtedness doesn’t exempt a government agency from protecting human rights. The United Nations’ commenting on U.S. municipal government actions as potential violations of human rights ought to grab the attention of all players in the Detroit bankruptcy scenario. Representative Conyers plans to introduce legislation in Congress to restrict Detroit’s ability to shut off water service to delinquent customers, but the slow legislative process seems to be too much to wait for.

Foundations have taken huge steps to respond to the needs of the Detroit Institute of Arts and the city’s issues with unfunded pension obligations. With the UN coming down on Detroit—and implicitly the U.S. overall—for its willingness to violate human rights when it comes to water shutoffs against poor people, the philanthropic community and the broader nonprofit community should be mobilizing their financial resources and their moral leverage to reverse Detroit Water’s policies and practices.—Rick Cohen