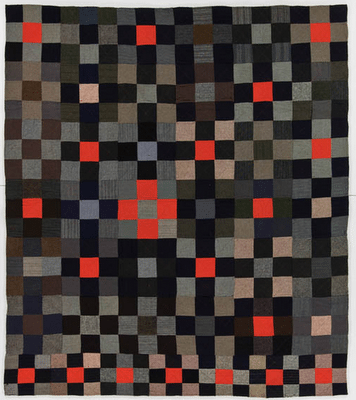 Boris said that the government contracting and payment problems of human services nonprofits added to the problems caused by the recession. Groups found themselves hard-pressed to find banks willing to give them loans or extend letters of credit while government agencies delayed approving contracts and cutting checks. Finding themselves faced with a “double whammy” of government contract and payment shortfalls plus reductions in charitable and philanthropic giving, nonprofits froze or reduced salaries, drew on reserves, and laid off employees. Groups with late payment problems were more likely than others to have ended 2009 with an operating deficit.

Tim Delaney, NCN’s president and CEO, also presented at the event. His companion report, Costs, Complexification, and Crisis: Government’s Human Services Contracting ‘System’ Hurts Everyone, is a call to arms that lays out some of the specific government practices that state-level associations discovered that caused problems:

The NCN message appears to hinge on four points, (1) people should realize just how much of government relies on nonprofits to “get their work done,” (2) it isn’t just nonprofits that are hurt by late contracts and payments, but also taxpayers not getting the value of services they are paying for, (3) other nonprofits are hurt when government disadvantages human service contractors, because foundations and charitable donors end up not giving to the arts and other issues as they divert funds to help human service providers fill gaps; and (4) the problem of late payments, underfunded services, and delayed contracts is wide spread and getting worse as the contracting process becomes increasingly “complexified,” to use the word Delaney coined.

Specifically, Delaney called for the enactment of the Nonprofit Sector Community Solutions Act introduced by Representative Betty McCollum (D-MN) that would create a venue for government and nonprofits to come to the table to work out these problems. He suggested that nonprofits put this issue in front of the candidates in the 37 states where gubernatorial elections are being held and ask them what they plan to do to fix the government/nonprofit contracting process. Delaney also sounded a “just say no” admonition, telling nonprofits that they should tell government agencies that they will not take or sign government contracts with built-in structural or financial elements that disadvantage nonprofits. This may be easier said than done but it’s a good aspiration.

What happens next? It’s one thing to outline the problem, but another to gin up a coherent message for a mobilized nonprofit sector to bring to the attention of government policy makers. We would hazard a guess that the National Council of Nonprofits and its state association members face a number of difficult hurdles.

Lots and lots of units of government: As an experienced player in the nonprofit sector at the state level (where he was a former deputy attorney general), Delaney acknowledged that there is no one magic bullet solution to the constellation of problems identified in the Urban Institute and National Council of Nonprofits reports. The complexification Delaney bemoans is obvious in the structure of American government. According to the Statistical Abstract of the United States (PDF), in addition to the 50 state governments, there are 3,033 county governments, 19,492 municipal governments, 16,519 township or town governments, 13,051 school districts, and 37,381 special districts—a total of approximately 90,000 units of government for nonprofit service providers to navigate. Making the environment even more complex is 15 federal cabinet-level departments, dozens of independent and quasi-independent agencies, and multiple funding programs with their own cultures and procedures. Boris, of the Urban Institute, called for “systems that work better . . . [with] standardization, less complexity, [and] forms that work across agencies rather than each program having its own audits.” Increased standardization along with Delaney’s call for “document vaults,” where all relevant documents on nonprofit contractors can be stored for multiple agencies to access and review, might reduce the burden not just on nonprofit contractors, but on the units of local and state government in particular that find the monitoring process to be as troubling for them as their grantees.

Misidentifying the problem: During his presentation in Washington on Thursday, Delaney was astute enough to twice credit government agency staff who do their best in partnership with nonprofits “to find ways of making this broken system work,” avoiding the demonization of government as the root of the problem. Nonetheless, some observers and some nonprofits might come away from these reports with an impression of government-as-the-enemy versus a pristine, mission-driven nonprofit sector trying to get a around a resistant government bureaucracy to function. Government agencies are frequently trying to carry out program requirements and mandates that are imposed on them by the legislators who create programs—yet fail to fund them. Add to that the current state budget crisis, with hundreds of billions of budget deficits in FY2010 pending and more anticipated in FY2011, nonprofits face governmental agencies doing their own juggling acts to deal with their and their grantees’ and vendors’ accountability. Given that much of local government (and state government) finance is federal pass-through funds, some solutions might be best addressed at the federal level, such as standardizing how much overhead, if any, states and localities are permitted to lop off the top from their government contracts. But it is all too obvious that some of the states with the worst contracting and payment snafus are choking on structural deficits that have not receded despite the pronouncements that the Great Recession has ended.

He who has the gold makes the rules: Like the long debates in the nonprofit sector around self-regulation, the problem of fixing the broken governmental contracting and payment system doesn’t bring all nonprofits to the table on equal footing. There is the problem that the bigger nonprofit contractors could work on systemic fixes that benefit them, but not the bulk of smaller or newer groups that would like to access government grants and contracts. While public charities with government contracts may all have 501(c)(3) nonprofit status, there are differences among nonprofit contractors by size and sophistication. Hopefully, entities such as the National Council of Nonprofits will work to ensure that the larger, wealthier nonprofit contractors don’t work out fixes to this broken system that disadvantage smaller or newer potential competitors.

The outcomes game: Also at the briefing in Washington, Georgetown University professor Stephen Rathgeb Smith suggested that human services contractors might rethink and perhaps reinvent themselves along the lines of the Harlem Children’s Zone, which was once a traditional government-funded service provider called Rheedlen Centers for Children and Families. Smith acknowledged that not every human services nonprofit is led by someone of the caliber of HCZ’s Geoffrey Canada nor given resources by the likes of the Edna McConnell Clark Foundation to undergo an organizational transformation like it did, but he suggested that nonprofits might be able to argue the overhead issue by shifting the analysis to a “cost per outcome” basis rather than debating overhead and indirect rates. Smith pointed out the importance of measuring outcomes and the involvement of external players such as other nonprofit and corporate partners who could pressure government for changes. All well and good, but HCZ benefitted by hundreds of millions of dollars from foundations and from individual donors (such as hedge fund director Stanley Druckenmiller) for use in sophisticated evaluation studies and organizational change processes, resources that the smaller human services groups can never hope to see.

Subtly pernicious policies: Everyone involved in presenting the results of these studies was careful to note that these problems were not the creation of the Obama Administration, the Bush Administration, or others, but rather the problem dates back many years. All true, and there is much to be learned from the efforts of nonprofits over the years who have long fought for changes in governmental cost accounting and auditing, particularly those fighting issues at the federal level as seen in changes in federal contract auditing and in the application of OMB Circulars A-110, A-122, and A-133, but some current trends are very troubling. Boris acknowledged that she was surprised to learn the proportions of human services nonprofits that were required to put up significant amounts of matching funds to be given the responsibility of delivering government-funded services. Delaney asked whether defense contractors have to put up matching funds for the honor of producing the latest military hardware on Department of Defense contracts. But no one pointed out that the Obama Administration has made a practice of requiring potential nonprofit grantees to ante up significant matching dollars in order to participate in flagship programs, notably the Social Innovation Fund, the Promise Neighborhoods program, and the Neighborhood Stabilization Program. Many nonprofits are not even trying to apply for new federal programs because of their inability to vault over the matching funds hurdle. The only nonprofits that can come to the table for such programs are those with significant assets of their own or access to major funding partners like foundations. The challenge that the nonprofit sector faces here is not simply the question of the historic, structural contracting and payment impediments nonprofits face with government, but emerging policies that effectively cut out many smaller nonprofits from playing service delivery roles in the future.

Oddly, Urban’s study looked at the nonprofits’ experience with government contracts in 2009, the first year of the federal stimulus program (the American Recovery and Reinvestment Act), which delivered $275 billion in federal grants and contracts (plus$224 billion in entitlement payments), a significant part of which went to nonprofits in the form of Community Services Block Grants, community health centers funding, weatherization funding, homeless services, community development financing, and other programs with strong nonprofit program delivery track records. Urban didn’t examine nonprofits for whether the flow of stimulus funding made the contracting and payment process better or worse for human services nonprofits, but most nonprofits know that the stimulus program not only changed the rules of the game, but made nonprofits meet new standards of program productivity in shorter periods of time with little government support and often confused governmental direction. According to Boris, 31 percent of nonprofit survey respondents said that their contracting relationship with government was worse in 2009 than before. Now that many stimulus funded nonprofits face a funding precipice in 2010 as stimulus funding expires, the fix that the National Council of Nonprofits is calling for couldn’t be more timely and necessary.

Update: Boris originally said 64 percent of respondents said their contracting relationship with government was worse in 2009. She updated that figure this morning to 31 percent.