Universities Pay Plenty for Influence and Access through Lobbying 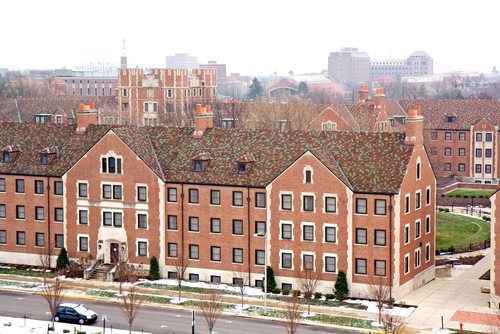 This month, the University of Kentucky received a $3.75 million grant from the Centers for Disease Control and Prevention to promote colorectal screenings in Central Appalachia. According to the Center for Responsive Politics, the University of Kentucky spent $261,000 in 2012 and $241,000 in 2013 just on lobbying. The University of Illinois was awarded $19.5 million from the U.S. Department of Health and Human Services, based on funding through the Affordable Care Act, for medical teams to go into Chicago neighborhoods to focus on children’s health needs. In 2012 and 2013, the University of Illinois spent $930,000 in lobbying. Those lobbying expenditures don’t mean that the scientists at Kentucky and Illinois didn’t deserve their federal grant awards, but in the higher education scrum for federal research dollars, lobbying helps with access and visibility.

Listed by the Center for Responsive Politics as having spent $985,000 in lobbying in 2012-2013, Purdue University just announced its second-best year ever in external research funding, including federal grants such as $1.5 million from the National Science Foundation for new “nanomaterial” for advanced sensors and batteries for use in manufacturing and $5 million from the U.S. Agency for International Development to help sub-Saharan countries deal with poverty and hunger through reducing food waste.

“It is due to the brilliant and diverse array of researchers at Purdue that we win these awards,” said Purdue President Mitch Daniels. “Our faculty are making vast impact with their discoveries, and it is our duty to support them with fast and effective pre- and post-award activities.” To be sure, Daniels is correct that the faculty are the basis of the federal grants, but as a former politician—Daniels just happens to have served eight years as governor of Indiana—he knows those pre- and post-grant activities often involve lobbying federal agencies to put the university and its faculty in a position to secure those grants.

According to the Center for Responsive Politics, the following were among the top private and public universities in terms of combined federal lobbying expenditures—without any campaign-related expenditures included in the totals—for 2012 and 2013:

No one need get apoplectic and assume this list means those researchers who scored federal grants at these universities didn’t deserve them. However, it is the way the game is played in Washington, D.C.: Lobbying federal agencies and their executive and legislative branch overseers counts for access, visibility, and the face-time that might lead to an agency giving a university application a second look.

The expenditures in the chart above are only the “official” federal lobbying totals as taken by the Center for Responsive Politics from the records maintained by the Senate Office of Public Records. They don’t include the campaign contributions of people associated with these institutions. They don’t include the “unofficial” lobbying that occurs through educational visits with legislators and agency representatives. And they don’t include lobbying at the state level, such as the $17 million spent by the public universities and colleges in New York State to lobby the government that provides their funding.

If universities and colleges got an extra swath of face-time and access with powerful politicians through the payment of speaking fees, some of them paid for by special programs or endowments paid for by contributors, or covered by fundraising for the speaking events, that’s simply to be added to the expenditures that might be the total package of purchasing influence among current and future federal decision-makers. It all counts, especially for those big universities that can spend six or seven figures a year on federal lobbying and pay speaking fees of a couple of hundred thousand to selected politicians as well.—Rick Cohen

Full Disclosure: This author is a graduate of Boston University and the University of Pennsylvania, both of which appear on this list of top lobbying colleges and universities.