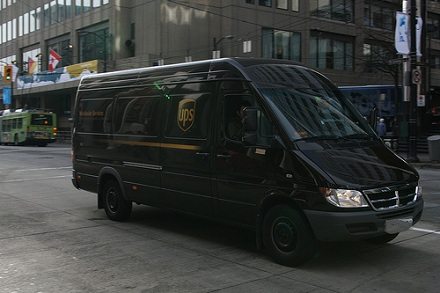 The Associated Press (AP) reports that UPS has ended its support and grant funding for the Boy Scouts of America, citing the group’s exclusion of gays. Last year, UPS gave more than $85,000 to the Boy Scouts. The cessation of funding is being linked to an online petition signed by more than 80,000 people. “Corporate America gets it better than most: policies that discriminate aren’t simply wrong, they’re bad for business and they’re hurting the scouting community,” Scouts for Equality founder Zach Wahls told the AP. “You would think that after all the Boy Scouts have lost as a result of this policy, they would understand that.”

A corporate spokeswomen said, in the words of the Associated Press, “Groups applying for the foundation grants will have to adhere to the same standards UPS does, by not discriminating against anyone based on race, religion, disability or sexual orientation.” The withdrawal of funding comes after the Boy Scouts earlier this year recommitted to a stance disallowing the participation of gays. In addition, the Boy Scouts of America (BSA) now find themselves answering to the public about secret files the organization kept on allegations of sex abuse made against some scout leaders.

Meanwhile, Wells Fargo, which has generally been generous to LGBT groups, is reportedly being called out by some gay activists for its relationship with some local Boy Scouts chapters. A spokesperson from Wells Fargo, however, points out that $2.8 million was donated last year to organizations serving the LGBT community, while $462,000 was donated to local chapters of the Boy Scouts.

R. Duane Perry, who last year spearheaded the effort to evict the scouts from a city-owned community center in Philadelphia, suggests that we “Substitute ‘Jews’ or any other minority group for LGBT… Say last year, for every $1 that Wells Fargo gave to organizations that discriminated against Jews, Wells Fargo gave $6 to Jewish organizations. Does that make the discrimination somehow all right?”

On the face of it, it would appear to be unwise, as a business practice, to fund an organization that has de facto declared itself to be discriminating against a portion of the corporation’s market. We would love to hear from our readers about this. –Ruth McCambridge