US Nonprofit Gets Big Grant from Israel for PR 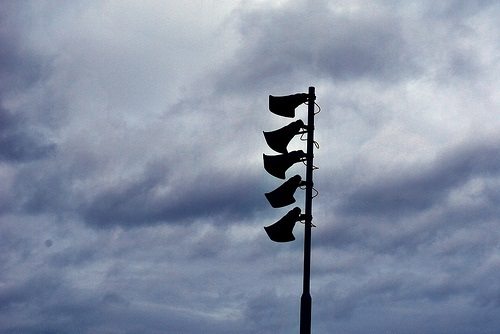 Nations of all sorts try to spin stories to their advantage and present positive information about their programs and policies. An obvious example is the RT (formerly Russia Today) news channel, which presents a Russian view on global events that is pretty clearly resonant with the policies and positions of the Putin regime. The tag on the bottom of the RT website says it is an “autonomous nonprofit organization,” but it is funded from the budget of the Russian federation. Positive spin sometimes runs afoul of journalism and the facts, as in the case of RT’s coverage of issues such as Russia’s involvement in the eastern Ukraine, which spurred the resignations of RT anchors and correspondents Sarah Firth (charging RT for spreading “shockingly obvious misinformation”) and Liz Wahl (who said that RT “whitewashes the actions of Putin”). During RT’s coverage of the Russian invasion of Georgia, RT correspondent William Dunbar resigned, though he later explained, when he signed on with RT, “I was under no illusions. I knew the channel was financed by the state, and that its editorial policy was bound to reflect that.”

Other nations have their positive public relations operations as well, notably Israel, which is in a constant and deepening struggle over public opinion concerning the plight of Palestinians, particularly in the wake of the devastating Israeli invasion and bombardment of Gaza. The death toll from the Gaza invasion is controversial, but the tally produced by the United Nations Office for the Coordination of Humanitarian Affairs (OCHA) reported 2,205 Palestinians (including 1,483 civilians) and 71 Israelis (including five civilians) killed, plus over 500,000 Palestinians displaced at the height of the warfare), 18,000 homes destroyed, and over 100,000 Palestinians made homeless.

Israel’s public relations strategy is called “hasbara,” defined by Reuven Ben-Shalom in the Jerusalem Post as “the Israeli term for a broad range of activities aimed at disseminating positive information about Israel, and promoting positive attitudes toward it.” Ben-Shalom describes the intent of hasbara as “to explain how good we really are, and expose how bad the bad guys are.” He offers a clear example of the contrasting good guy/bad guy narratives:

“For instance, explaining that Jews have been living in the Holy Land for 3,000 years and have a right to their ancient homeland—this is hasbara, but when Palestinians say that the Jews are foreigners and the Temple never existed—this is propaganda.”

The battleground for Israel’s hasbara battle often plays out through the image and portrayal of Israel on social media and with young people, especially on college campuses. The “Hasbara Fellowships” of Aish International, a project explicitly noted to have been “co-founded through a generous grant from [Israel’s] Ministry of Foreign Affairs” reflects both the target audiences and the various strategies involved.

That is the explicit focus of the new collaborative effort announced between the office of Prime Minister Benjamin Netanyahu and the Los Angeles-based U.S. nonprofit StandWithUs. Ha’aretz reports that the prime minister’s office is giving StandWithUs a grant of 1 million shekels—roughly $254,000—“to push the government’s political line this year via social media.” The Jerusalem Post adds that the collaborative venture with StandWithUs will be targeting young people in the U.S., the UK, and Israel itself to “empower…young people to utilize social media to educate others about Israel.”

There doesn’t seem to be anything illegal about a U.S. nonprofit accepting a grant or contract from a foreign government for public information activities, as StandWithUs and other nonprofits contracted to participate in Israel’s hasbara campaign might be doing. Robert Mackey of the New York Times has reported on the youth-oriented hasbara campaigns leading up to and during the Gaza invasion, including the suggestion that young people who are funded by the Israeli government should be clear about whose business they are carrying out, that they aren’t just a bunch of interested, self-motivated kids posting on Twitter and Facebook. For example, in September, one Michaela Fried wrote an op-ed for the Daily Californian and identified herself as the president of Tikvah, a campus Zionist club, but apparently failed to identify herself as a Hasbara Fellow partly sponsored by the Israeli government.

Transparency and disclosure are important nonprofit values. StandWithUs has noted on its website that it receives support from a few Israeli government ministries (Foreign Affairs, Public Diplomacy, and Tourism) but the dollar figures for the amounts of money it receives from government agencies aren’t there. Disclosure is important when organizations indicate that they are independent or “autonomous” from governmental sponsorship (as in the case of Putin’s RT). For example, countering what some see as effective pro-Palestinian information in the Hollywood community, StandWithUs apparently provided start-up money to an effort called the Creative Community for Peace, an organization created, it says, to fight against the politicization of art by “detractors” of Israel. Writing for Mondoweiss, Phan Nguyen generated a detailed piece of research that documents that Creative Community for Peace was created and registered by StandWithUs in 2010 as a possible fictitious name under which SWU might operate. Nguyen also documented the multiple personal and business intersections between StandWithUs and CCFP’s founders, advisors, and board members. Contrary to Nguyen’s perspective, an alternative explanation is that SWU might have been “incubating” CCFP as it develops into a full-fledged, truly independent nonprofit, but at this point in CCFP’s trajectory, the continuing interrelationships look far deeper than incubation.

It is one thing—and entirely acceptable, whether people disagree or agree with the message—for StandWithUs to actively promote a political narrative counter to those of the Boycott Divest Sanctions (BDS) movement or liberal Jewish groups that are critical of current Israeli policy, such as J Street. It is quite another to be doing so with funding, guidance, and training by the Israeli government, and even more so to be strongly related to other organizations like CCFP that may not be entirely open about their connections to funding from the Netanyahu government. Defenders of StandWithUs and the Creative Community for Peace will likely suggest that money from the Israeli government is no different than money from other sources, that money is fungible, and that pro-Palestinian groups also get money from government agencies. But it isn’t quite correct to suggest that government money is no different than private money. Government money, here in the U.S. as well as elsewhere, comes with strings and requirements that are different than private contributions. While there may be governments contributing to NGOs that are delivering aid in the Palestinian territories, and some of those entities have signed on to BDS campaigns (as demonstrated in lengthy tables generated by NGO Monitor), the funding for these NGOs doesn’t appear to be like the Israeli government’s explicit funding of hasbara organizations to explicitly promote Israeli government policy and challenge critics. Calls for aid to Palestinian refugees or assistance to the hundreds of thousands of Gazans displaced by the IDF bombardment aren’t the same as promoting the political lines of Hamas in Gaza or the Palestinian Authority in the West Bank. Lumping all critics of Israel, even including supporters of BDS, into one anti-Israel conglomeration doesn’t help spark the dialogue needed to promote the unfortunately quickly receding prospects of a two-state resolution to the longstanding conflict.

Note the difference between U.S. government funding of NGOs in other countries: Whether one thinks those investments are worthwhile or not, the U.S. government (largely through USAID) funds overseas NGOs for the purpose of building and strengthening civil society organizations. For example, USAID grants in Egypt have gone to such NGOs as the South Egypt Development Association in Qena (SEDAQ), working to increase the political participation of women, and the SAED Association for Development and Human Rights, promoting civic values and active citizenship. They’ve reached human rights organizations in Russia and a variety of civil society organizations in Tunisia, Liberia, and Nigeria. The Israel Foreign Ministry’s grant support to StandWithUs and other U.S. nonprofits isn’t being used to build civil society in the U.S., which is reasonably well developed, but to promote the Israeli government’s current, specific policies.

CCFP claims to operate independently of StandWithUs. CCFP has dramatically expanded its social media efforts in 2014 and attracted the support of a number of well known Hollywood celebrities signing a well publicized letter criticizing Hamas’s role in the region’s hostilities. (Recognizable celebrities signing the letter included Arnold Schwarzenegger, Aaron Sorkin, Tom Arnold, Sarah Silverman, Sylvester Stallone, Sherry Lansing, Tony Goldwyn, Ziggy Marley, Jon Lovitz, Roseanne Barr, Kelsey Grammer, and Rob Morrow, to name several). Given SWU’s programs and its now-significant funding from the Netanyahu government to provide pro-Israel—substantially, for the moment, pro-Netanyahu—public information, clarifying that relationship between CCFP and SWU might be important for CCFP’s future relationship with its coterie of celebrities who think that the organization is an “autonomous” 501(c)(3) charity.—Rick Cohen

Correction: An earlier version of this newswire accidentally implied that RT was funded by or affiliated with RIA Novosti, the Russian state media service folded into Russia Segodnya in 2013. The two organizations acknowledge no current affiliation, connection, or relationship. NPQ regrets the error.