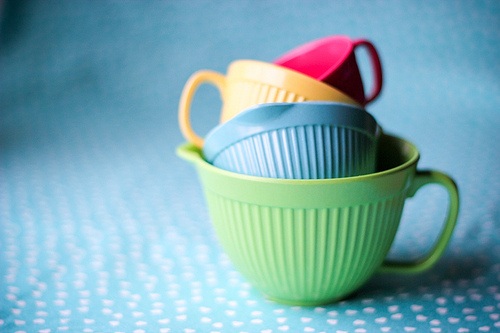 Those who donate to nonprofit organizations naturally want to feel their gifts will be used successfully in a way that will improve society or some part of it, like children, the sick, students, etc. But how can donors evaluate whether or not a charity will ultimately deliver on their promise or mission?

Success in the business world is generally measured by the amount of profit—the bottom line—that is reported in the business’s financial statements. There are other aspects that can mark a successful business: Does it treat its workers fairly? Does it protect the environment? Is its advertising truthful, and are its products or services of good quality? But failure in these aspects eventually leads to diminished profits, as workers, customers, and investors desert that business for more socially responsible companies whose products or services are of better quality.

In the nonprofit world, however, there is no common, easily understood measure of success. In fact, having a large positive bottom line may be an indicator that the organization is not doing as much as it could to fulfill its mission. The true measures of success for most nonprofits are statistics related to its programs, but such data are difficult even for management to obtain and understand, much less outsiders. For example, an obvious measure of success for an educational institution would be how much students learn from attending classes. But, much to the chagrin of educators and public policy makers, actually measuring this learning is very difficult for a variety of reasons. (Think about how a church might measure its own success. Souls saved per pew-hour preached? And where would those data points come from?)

There are three types of data that might be used to measure a nonprofit’s success, but only one of them is a true measure:

–        Inputs describe how much in the way of resources (both financial and non-financial, such as volunteer time, materials, equipment, etc.) was used to conduct an activity.

–        Outputs measure the activities conducted by the organization, such as the number of classes held, the number of students enrolled or graduated, the number of concerts performed and number of concertgoers attending, the number of members enrolled, and the like. The problem with this type of data is that, while it shows the quantity of program services provided, it does not indicate whether any real benefits resulted. Did the students learn anything? What was the quality of the concerts? How well were the members served?

–        Outcomes measure how much better off the organization’s clients, or society as a whole, are as a result of the organization’s activities. For example, by how much has the teenage pregnancy rate in a community been reduced through the efforts of a charity whose mission includes educating children about the undesirable results of getting pregnant so young?

Of these three types of data, only the first is traditionally found in financial statements, although some organizations present certain output data in footnotes, as supplementary schedules or in management reports. However, true success is measured only by outcomes, and these data are never found in financial statements, if they can be obtained at all.

So, lacking access to most output data and almost all outcome data, donors are often left with input data as a surrogate for measuring success for nonprofits. But these data are very flawed when used for this purpose, as they do not necessarily have any direct relationship to true organizational success. For example, in a hospital, input data show how much money is spent treating patients, but not whether any patients are actually cured of the conditions that brought them to the hospital in the first place. Further, these data are necessarily past-oriented, and do not offer any assurance that the gift I make today will be used the same way in the future.

The particular input data that have been widely used to evaluate charities demonstrate how an organization spends its resources. Accounting standards require nonprofits to report their expenses in three categories: program, management, and fundraising. The knee-jerk reaction by users of financial statements is to consider program expenses as good and management and fundraising expenses (so-called overhead) as bad. Usually data are expressed as ratios of each category of expenses to total expenses, summing to 100 percent.

Various attempts have been made over the years to define acceptable ratios, with desirable program expenses usually somewhere in the range of 60 to 80 percent, and/or acceptable fundraising ratios generally no more than 15 to 30 percent. Of course, some expenditure on overhead is necessary for any organization to operate, but too often more attention is paid to this than is warranted. Recently, a major Internet news site published a list of what it called “The 50 Worst Charities in America.” Its sole criterion for being on the list was related to the overhead ratio. While expense ratios provide valuable information for nonprofit executives charged with making decisions about the organizations’ activities, these ratios don’t serve any value as an indicator of organizational success. Although most people understand that it takes money to raise money, and it takes money to manage an organization, sometimes one sees expressions in a fundraising appeal of an expectation that 100 percent of all contributions raised will go directly toward program expenses. That is clearly unreasonable and indicative of an attempt to mislead the public about how a charity uses contributions.

Some states—most recently, Oregon—have passed laws attempting to regulate how much charities that solicit contributions in that state are allowed to spend on overhead. The Internal Revenue Service and federal law have no such requirements. The IRS, however, evaluates tax-exempt organizations on how well they appear to be fulfilling the mission for which they obtained exempt status; an extremely low program-expense ratio would naturally raise a question as to whether that mission is likely being fulfilled. Definitions and penalties vary, but the logic behind such a law is clear: to protect the innocent citizens of the state from being bilked by unscrupulous charities that try to give the impression that donating to them will result in wonderful benefits to society, when in fact most of the money raised will go for overhead. Unfortunately, there are some so-called charities out there that spend little, if anything, on programs while paying exorbitant amounts to professional fundraisers and to their own managers. The problem for donors and regulators is to distinguish the bad actors from the well-intentioned charities. There can be various legitimate reasons why a charity’s overhead ratio may be on the high side. For example, the organization espouses a cause that is relatively unpopular with the public, so it naturally has to expend more effort to raise the money it needs; the organization’s constituency is largely in an economically depressed area, so is less able to contribute or pay for services; the organization is new and still building its infrastructure; or the organization has experienced some problems recently, but is now getting back on its feet.

Several years ago, the Wall Street Journal published a single-panel cartoon showing a homeless individual with his hat held out. Around his neck was a sign saying, “No portion of your contribution will be used for administration.” Would you contribute to this nonprofit “organization”? The sign is presumably telling the truth, and the “charity” likely would not end up on the fifty-worst list, but what is the program here? What beneficial outcomes are to be expected? If the program is aimed at providing him with food, clothing, job training, and a job, then maybe this is a cause worth donating to. But if the “program” consists of enjoying the offerings of the nearest tavern, donors would probably give this one a pass.

Earlier this week, the presidents of three well known nonprofit organizations—the BBB Wise Giving Alliance, GuideStar, and Charity Navigator, whose missions include evaluating charities and making their evaluations available as guidance to donors—issued a joint letter titled, “The Overhead Myth.” In this call to action, the three organizations urged donors and the public to place less reliance on expense ratios when making giving decisions. They correctly point out that how money is spent is often not a very reliable indicator of the outcomes achieved by the nonprofit. In fact, they suggest that many nonprofits should probably be spending more on overhead to improve the quality of management, strengthen internal control, gain operating efficiency, provide for long-term stability, and the like.

The last sentence of that letter reads, “The people and communities served by charities don’t need low overhead, they need high performance.” This author could not agree more.