November 9, 2010; Source: St. Petersburg Times | The NPQ Newswire has taken note of the perfidious operations of the nonprofit U.S. Navy Veterans Association a couple of times. See here and here.

As shady as they come, the USNVA has attracted well-deserved, albeit long overdue, scrutiny from state regulators recently. There are pretty clear indications that the Association’s paltry if not nonexistent benefits to veterans were overshadowed by the political shenanigans of its hard-to-find key players. Now in an investigation of the group, the St. Petersburg Times says that the USNVA might well have been “really a front that siphoned cash donated by the public and pumped it into the campaigns of politicians.”

Investigators from various states have uncovered lots of political contributions from the organization’s fugitive founder, named in the press as “Commander Bobby Thompson,” apparently a stolen identity. “Thompson” made $208,829 in political contributions, sometimes by stuffing cash into envelopes to hand to politicians, including $55,000 to Virginia Attorney General Ken Cuccinelli and $14,800 this year to Tea Party caucus founder, Rep. Michelle Bachmann.

Many other politicians who should have known better played along with this “charity”. The St. Pete Times articles have been superb, and this one is particularly pointed. Why should we be concerned about what is ultimately a small part of U.S. charity? One reason is that every instance of an entity like USVNA hurts all charities, no matter where they are, chipping away at the credibility of the sector. The other reason is that today is Veteran’s Day, and the USNVA is a particularly heinous example of victimizing people who should be respected and helped.—Rick Cohen 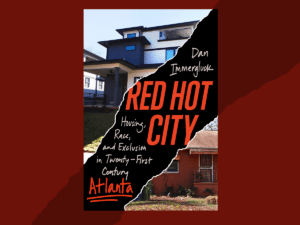