Veterinarians Get Funky in Alabama in Attempts to Outlaw Nonprofits 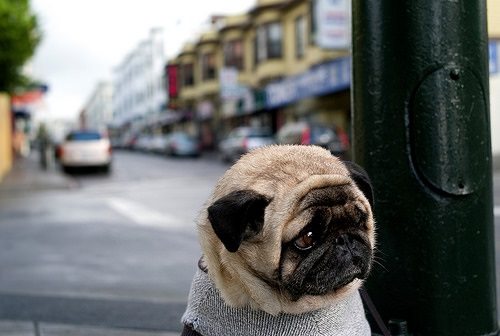 NPQ has previously covered the near-hysteria of two trade associations in Alabama that have organized to try to edge nonprofits out of their respective fields, dentistry and veterinary medicine. Their stated concern has to do with what they see as unfair competition from nonprofit and other low-cost clinics. In the case of the dentistry dust-up, the nonprofit Sarrell Clinic finally brought and won an antitrust lawsuit against the Alabama Dental Association. PBS made a documentary about the situation and NPQ’s Rick Cohen wrote a piece detailing the lessons to be derived for other nonprofits with similar issues.

But now, virtually the same type of campaign is being waged by the Alabama Veterinary Practice Owners Association, a splinter group of the Alabama Veterinary Medical Association, against nonprofit spay and neutering clinics, which they call “radical.” The tactics are eerily familiar. Generally, the for-profits represented by AVPOA claim that nonprofit clinics are interfering with their business and that only animal clinics owned by a veterinarian should be licensed by the Veterinary Medical Examiners Board. Their campaign is couched in concern for the animals, and their focus has recently been on the Alabama Spay/Neuter Clinic in Irondale. Its lead veterinarian, Dr. Margaret Ferrell, was recently brought up in front of the Alabama State Board of Veterinary Medical Examiners on 29 charges. An administrative judge recommended that she be found not guilty on 26 of the 29 charges and be fined $250 for the other three, which were minor issues.

Yesterday, Dr. Michael Blackwell, the Senior Director of Veterinary Policy at the Humane Society of the United States and its chief veterinary spokesperson, weighed in with a letter to the local paper with a nice analysis of the situation. It read, in part:

“By blaming nonprofits, veterinarians are barking up the wrong tree. They are seeking even more government regulation of one of the most highly regulated industries. In fact, what the veterinary profession needs is not more government interference, but more tolerance for free-market principles.”

Blackwell continued, “Rather than competing with established veterinarians, nonprofit organizations and low-cost services are reaching a new audience of pet owners and introducing them to veterinary services for the first time, expanding the overall universe of veterinary customers and responsible pet owners.

One program providing free spay and neuter and veterinary wellness services for families in poverty-stricken communities nationwide found that 83 percent of patients had never before seen a veterinarian. When these families see a veterinarian for the first time and have a positive experience, they may become lifetime veterinary customers.

A 2011 study by Bayer found six primary reasons for the decline in visits to private veterinary practices:

Nowhere, he points out, is the existence of nonprofit alternatives mentioned.

While this particular skirmish has resolved temporarily, each side has 15 days to appeal the decision by the Medical Examiners Board.—Ruth McCambridge