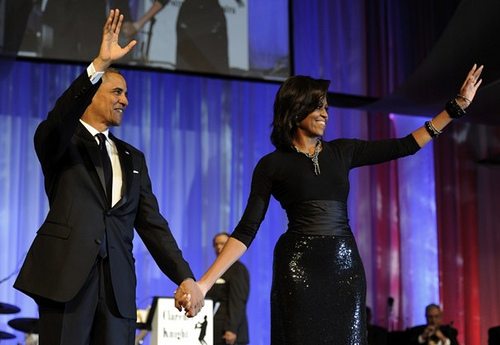 In a video released by the White House, Michelle Obama responded to Twitter questions sent her way. Topics ranged from how to best mobilize a community to who the First Lady admires most. Another tweet read, “Please tell us about your family discussions about marriage equality and thank President Obama for his support.” In response, the First Lady says she supports the freedom to marry because it is consistent with traditional values she and the president are trying to impress in their daughters.

In a YouTube video response, the First Lady said, “For Barack and me, it really comes down to the values of fairness and equality that we want to pass down to our girls…I mean, these are basic values that kids learn at a very young age and that we encourage them to apply in all areas of their lives. And in a country where we teach our children that everyone is equal under the law, discriminating against same-sex couples just isn’t right. So it’s as simple as that. … We’re proud to have your support.” You can watch the full video response here:

This is no doubt the Obama re-election campaign is sending their best spokesperson forth here. After all, Michelle Obama is one of the most popular people in the United States, enjoying a 66 percent favorability rating. The Obama team needs to fire up the troops in what is expected to be an extremely tight race. Endorsing same-gender marriage, they hope, will re-energize the Democratic base. They are also banking on winning the support of Americans who believe in the fair and equal treatment of all. Just last month, the president announced his full support of marriage equality. – Erwin de Leon

Immigration Courts: The Case for Independence from the...