Video: Obama Speaks Out on Net Neutrality: A Critical Issue for Nonprofits 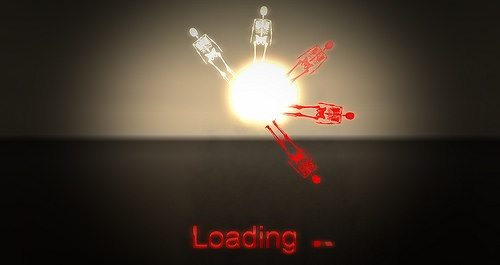 “For almost a century, our law has recognized that companies who connect you to the world have special obligations not to exploit the monopoly they enjoy over access in and out of your home or business. It is common sense that the same philosophy should guide any service that is based on the transmission of information—whether a phone call, or a packet of data.”

Calling the internet a “public good,” President Obama declared in a statement that his administration is committed to the maintenance of an open and free Internet and said he would strongly back strict rules that would protect so-called “net neutrality.” In fact, he wants to see the Internet reclassified as a utility under Title II of the Telecommunications Act. His statement was made in preparation for the FCC taking up the question early next year. Here is a video of that statement.

For nonprofits, who often advocate for difficult and controversial issues with small budgets, and who maintain contact with constituents online to keep them engaged and informed, the prospect of unequal access should be alarming. While groups in this sector still have to address issues of digital divide, the Internet is an essential network that provides two-way access to the hearts and minds of the public. If service to those not paying massive fast-lane fees degraded, the voices we care about would be muted and the effectiveness of our organizations would be impaired.

The ACLU released a statement today calling Obama’s statement a blow for civil liberties, but Laura Murphy, director of the ACLU’s Washington Legislative Office, wrote more about the urgency of the threat to equal rights and voice in The Hill three weeks ago:

“Closing the digital divide is a core civil rights issue and true net neutrality is a crucial component of that work. An open, fast, and affordable Internet promotes equality for Americans of color, those with modest incomes and those living in rural areas. It helps people with disabilities be valued, integrated members of society. It gives isolated LGBT youth a place to realize they’re not alone. In short, it is an essential tool in making ours a more perfect union.

“We will continue to support true net neutrality—including reclassification—as a civil rights imperative.”

Referring to the millions of comments logged on the FCC’s latest net neutrality proposal, most of which protested the institution of Internet fast lanes, Obama said “I am asking the Federal Communications Commission to answer the call of almost 4 million public comments, and implement the strongest possible rules to protect net neutrality.” On the other side, telecommunications giants Verizon and AT&T have pledged to sue the FCC if they take steps toward Title II regulation. For its part, the FCC has said that it welcomes the president’s statements, and will incorporate them into the record of the Open Internet proceeding, just like those four million others.—Ruth McCambridge