Vikings Linebacker Takes Up Lions’ Cause 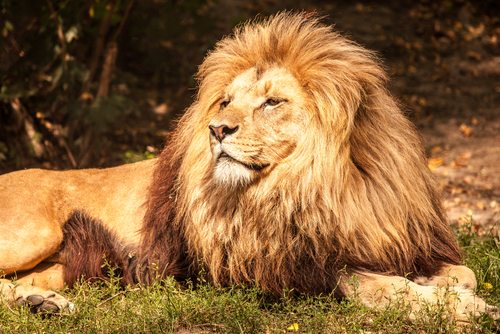 When you can tap into someone’s life passion, you don’t have to talk him into advocacy or engagement.

For instance, Minnesota Vikings linebacker Erin Henderson has a lifelong love of lions. We all have something that fascinates us, but Henderson was committed enough to his obsession to get lion tattoos. He talked about them enough to make his wife jealous; “She says I gave my heart to the lions before I got a chance to give it to her,” Henderson confides.

Henderson was sitting with his young son, watching Big Cat Week on the National Geographic channel and feeling pretty good, as a public service announcement featuring Betty White came on, calling for support to halt the decline of big cats around the world.

“Here she is taking her time and trying to do something different, and it kind of reached me,” Henderson said. “So if it touched me, then it might have touched other people, which in turn made me feel like maybe I could do something to reach other people. Maybe I could reach an audience or a group of people that might not have paid attention to it before, or might not have been interested in it before, but may see my love and my passion for it and view it in a different light.”

At first, Henderson promised $1,000 to the Big Cats Initiative for every sack he recorded in 2012, but he then upped that to $5,000 when he only recorded three. He started wearing wristbands with the campaign’s slogan—“Cause an Uproar”—and they appear to be his good-luck talisman.

“They’ve kept me safe, they’ve kept all the bad stuff away from me. Being an athlete, it’s very possible that I’m just superstitious. But I have my ways about it. Hey, it got me to six years in the NFL, I’m still here and I’m still standing, so I’m gonna continue to be superstitious.”

It was probably inevitable that Henderson would make a trip to the National Geographic Society’s headquarters in D.C. He was not sure how they would receive him. “It was just a shot in the dark, just to see what would happen and see how it would turn out,” Henderson said. “And now that we’re here, and now that we have this platform and we have this opportunity, I want to try to maximize it to the best of my ability, put as much information out there for people to soak up and take in as possible.” If you throw out a big net constantly, providing ways for people to get involved there is no telling what will be caught and with what bait! —Ruth McCambridge