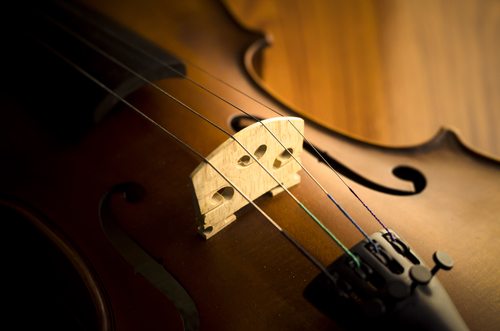 Despite a recent labor dispute that resulted in the Minnesota Orchestra being locked out for 16 months, the orchestra went on performing in various venues. But according to this video recently uploaded by the Mayo Clinic in honor of its 150th anniversary, one of its violinists, Roger Frisch, topped all of that in 2009 by playing his instrument during his own brain surgery at the Mayo Clinic. The surgery was meant to locate and control the source of a palsy that was interfering with his playing.

The operation was done using deep brain stimulation, and the doctors needed Frisch awake and performing so they could sense when they had accurately located the source of the problem. The surgeons had mounted sensors on a special violin and bow so that the faintest quiver of his hand could be sensed, and they were thus able to completely neutralize any neuromuscular misfiring.

We love the collaboration between patient and physicians here. The operation was a success, but there is no review published here on the performance.—Ruth McCambridge