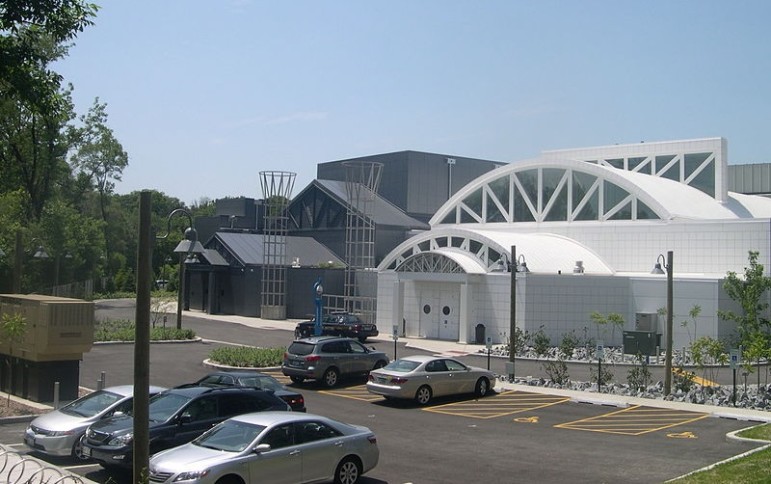 A few weeks ago, NPQ wrote about Amnesty International’s virtual reality reporting of a neighborhood in Syria destroyed by bombing. In that, there were no people testifying to the terrible effects, though they could be vividly imagined.

“The Illinois Holocaust Museum & Education Center will be the first in the world to use cutting edge, holographic technology to enable visitors to ask questions of Holocaust survivors—long after the survivors have passed away,” reports Howard Reich at the Chicago Tribune.

There are many NPQ reports on the successes and threats to remembering the Holocaust, but perhaps no news was more disturbing than this:

According to a recent global poll of more than 53,000 people by the Anti-Defamation League, a full 54 percent of respondents had never heard of the Holocaust. About a third of those who had heard of the Shoah believe its scope has been exaggerated or that it is a hoax or myth. And then there is the bizarre and dangerous world of Holocaust denial.

This museum’s bold and impassioned new work, in the sweep of its harrowing subject, the vigor of its learning, and the meaning of it vital message, greatly improves upon ancient traditions of oral history.

When it’s fully operational, in the fall of 2017, the Survivor Stories Theater will enable visitors to ask questions, pose follow-ups and otherwise engage with a three-dimensional, hologram-like image of a Holocaust survivor. Even in its current, two-dimensional form—which is on view at the museum—the Interactive Survivor Experience feels viscerally real.

When I ask if he might sing a song from his childhood for me, he begins to chant a Hebraic prayer, the lamenting melody and the cry of his voice conjuring not just the Poland of his youth but Jewish life reaching back thousands of years. It’s enough to make you weep.

The museum embraced what began as a pilot project of the USC Shoah Foundation in Las Angeles. The process required each of the 12 survivors to answer some 800 custom questions before an array of 50-plus special cameras at a cost of approximately $12 million.

In a culture of unfettered enterprise and growth, will this new technology in the hands of others bring us more problems than blessings? As the use of this and other emerging disruptive technologies become ubiquitous, will these stories of the Shoah delivered by a hologram become passé?

Every cause longs for ways to inspire empathy for its beneficiaries. Returning from refugee camps (“car parks of humanity”) in the Middle East and East Africa, Bono wrote in his April 2016 New York Times op-ed, “For as hard as it is to truly imagine what life as a refugee is like, we have a chance to reimagine that reality—and reinvent our relationship with the people and countries consumed now by conflict, or hosting those who have fled it.” When the virtual reality that is already here places a person inside a refugee camp, will the experience reform a racist or even inspire a donation on the part of a casually interested observer? Or will it become another way to be entertained?

Facebook is betting that virtual reality will be the next computing platform. Right now there are 374 VR startups on AngelList. The quest for this immersive experience began in 1838, and now it’s here. In 1988, we saw the first annual AmeriCares Airlift Benefit. Twenty-eight years later, this event in a hangar at the Westchester County Airport in White Plains, N.Y., still ends with principal donors boarding a chartered plane to visit hospitals and the like in the nearby Dominican Republic, El Salvador, Guatemala, Haiti, Honduras, Mexico or Nicaragua. It’s like a Fellini movie: one moment in black tie drinking champagne and the next immersed in abject poverty. Did it profoundly impact our guests? Was it worth the expense? Did our in-country hosts appreciate the visit? One would hope, yes.

Called poverty voyeurism, it’s as old as “slumming“ in Victorian London and as current as reality TV, “Sleep Outs” in the U.S. and the UK, “slum tours” and living on a welfare budget for a week. Where will new technologies take this persistent inclination to understand the poor and suffering better? Today we recognize virtually no constraints on our freedom and our right to know.

The French philosopher-activist Simone Weil died of starvation at the age of thirty-four in 1943 by intentionally living on the meager food rations given the poorest victims of WWII. Compare Weil’s search for solidarity with the poor to the experiential philanthropy of living on welfare wages for a week.

Here is Weil on the issue of knowing, remembering, sharing:

Two prisoners whose cells adjoin communicate with each other by knocking on the wall. The wall is the thing which separates them but is also their means of communication. It is the same with us and God. Every separation is a link.

“I remember,” said Elie Wiesel to NPR listeners. “May 1944: I was 15-and-a-half, and I was thrown into a haunted universe where the story of the human adventure seemed to swing irrevocably between horror and malediction. Without memory, there is no culture. Without memory, there would be no civilization, no society, no future. After all, God is God because he remembers.”

The Illinois Holocaust Museum & Education Center is hallowed ground. The stories there are sacred treasures. Like most true treasures, they are buried, but not for those with the heart to seek, to understand, and to heed. As many of us try to figure out how to live our lives—what values and beliefs to uphold, what actions to pursue—these twelve unpretentious sentinels keeping watch over life-giving memories wait for us. If we choose to seek their counsel, they will help focus our minds, enlarge our hearts, and stir our souls with the wisdom that no form of entertainment can reveal. Their wisdom must be received on their terms in order to understand it, in truth and solidarity with those who suffer. These twelve witnesses wait for you.—Jim Schaffer