Volunteers as Peacekeepers on Streets of Ferguson 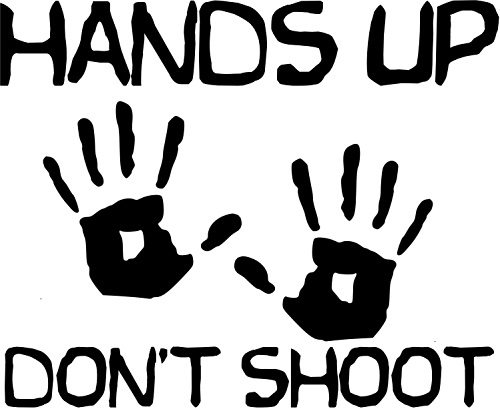 The emergence of citizen “peacekeepers” who have tried to maintain a semblance of calm between protesters and police has been a response to the paucity of a nonprofit infrastructure in Ferguson. Most of Ferguson’s peacekeepers have been religious leaders, such as Robert White, the pastor of Peace of Mind Church, as well as regular citizens like James Muhammad, both of whom were profiled in a CNN report.

Who or what is a peacekeeper is a subject for debate. KMOV and Salon have been among the very few news outlets back in August that didn’t buy into the notion that Malik Shabazz, the former head of the New Black Panther Party, was suddenly a new man, not prone to inflammatory and racist rhetoric, but reborn as a civil rights leader. To find Shabazz characterized as a peacekeeper boggles the mind.

Muslims have been active among peacekeepers since August and plan to be active again in this role once the grand jury decision is made. Among the examples is Zuhdi Masri, a Palestinian-American small business owner who, according to St. Louis writer Umar Lee, has been “supporting peaceful protesters calling for justice, helping Palestinian store-owners who had their businesses looted and using his stature as an elder to reach out to the St. Louis establishment.” Among Muslims, Palestinian-Americans are a significant presence in the region, including North County, and apparently playing a constructive peacekeeping role on the streets of Ferguson and suburban communities that might be scenes of protests after the grand jury decision.

In a more formal way, with the reported support of Michael Brown’s family, Rev. Al Sharpton’s National Action Network has created or authorized a group called Disciples of Justice, pledged to keeping the peace in Ferguson after the news of the indictment or non-indictment of Officer Darren Wilson, the policeman who shot and killed the unarmed teenager. Apparently, 50 Disciples plan to be on the streets when the grand jury decision is announced, but the fact that many have just recently signed up and the Disciples are looking to recruit more people to wear the Disciples’ yellow t-shirts raises questions about their readiness for a peacekeeping function that addresses the behavior of both the protesters and the police.

The police have eschewed a commitment to not use tear gas and riot gear should they believe that the protests have become violent, which has protesters concerned that the police might not be doing all they might or could to minimize the prospects of escalating troubles. Hopefully, from the community side, the peacekeepers will be authentic and local rather than groups subject to the manipulation of the likes of Shabazz, whose peacekeeping credentials might be at least a little suspect.—Rick Cohen