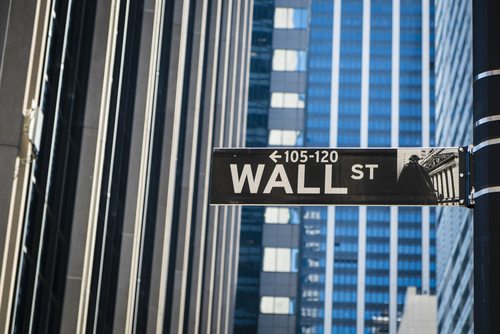 In the view of some observers, the Washington Post nonprofit asset diversions series uncovered leagues of lurking nonprofit criminals. We saw the stories largely as cases of criminals, many strikingly from the investment banking world, seeing nonprofits as easy pickings. Beyond the investment creeps like Bernie Madoff and his lower-echelon clones, we were surprised to see some of the “diversions” marked as misuse of nonprofit funds by conventional banks. (Wells Fargo is one case.) Despite years of financial depredations by Wall Street investment banks, by large commercial banks, and by mortgage brokers, our nation seems to us to be ill at ease with taking a hard stance toward the banking sector, notwithstanding the enactment of Dodd-Frank.

Matt Taibbi’s latest column in Rolling Stone indicates that many banks haven’t quite cleaned up their acts yet. He notes, for example, an international investigation looking into four or more major banks engaged in currency manipulation. This follows (or perhaps mirrors) the scandal of banks manipulating interest rates through the London Interbank Offered Rate, or “Libor.” As the banks are being forced to admit to Libor interest rate manipulations, some entities are challenging those banks on the basis that their contracted investments in Libor-based products might be unenforceable, since they were illegally manipulated, and they want their money back. For example, Fannie Mae just filed suit against Barclays Plc (BARC), UBS AG (UBSN), Royal Bank of Scotland Plc, Deutsche Bank AG, Credit Suisse Group AG, Bank of America, Citigroup, and JPMorgan, claiming that it lost $800 million on Libor-based investments.

These manipulation scandals follow on the heels of news that JPMorgan Chase is facing at least eight separate investigations by the U.S. Department of Justice. Pam Martens, writing for Wall Street on Parade, lists the investigations as “potentially criminal matters ranging from allegations of hiring well-connected family members to get business in Asia; turning a blind eye to fraudulent transactions that Bernard Madoff ran through his business bank account at JPMorgan; rigging the Libor interest rate index; manipulating energy trading markets; gambling in London with insured deposits (London Whale episode); to improper credit derivatives and mortgage bond sales.”

Yes, that’s the same Madoff who ripped off some of the larger amounts in the Washington Post diversions database. Madoff had maintained his business accounts with JPMorgan Chase for 22 years. According to Martens’ summary of the trustee’s suit to recover funds, “JPMorgan knew that Madoff was engaged in an investment advisory business for a broad array of customers, but the Madoff bank account that JPMorgan Chase oversaw never showed a payment going to clear or process a stock trade.” The bank notified not U.S. authorities, but British authorities, summarizing the Madoff scheme to a tee. But knowing that Madoff’s investments were fraudulent, JPMorgan Chase tried to get back the $250 million it had invested with Madoff two months before Madoff’s collapse left investors, including nonprofits, defrauded and broke. Nice touch.

If regulators are going to get tougher on nonprofits’ protecting their investments of tax-exempt assets, they are going to have to get tough on the investment banking industry that has all too often thought of its own interests first and those of the public and the U.S. economy much later. When Senator Bernie Sanders (I-VT) had to vote on the confirmation of Jack Lew, the former Citigroup exec, as Secretary of the Treasury, he voiced misgivings about the propensity of the federal government to hire Wall Street insiders to oversee the regulation of their former investment banking colleagues. In his statement, Sanders described “the current Wall Street business model…[as] operating the largest gambling casino the world has ever seen.” As the Washington Post nonprofit asset diversions articles revealed, nonprofit assets are being used as some of the casino gaming chips.—Rick Cohen