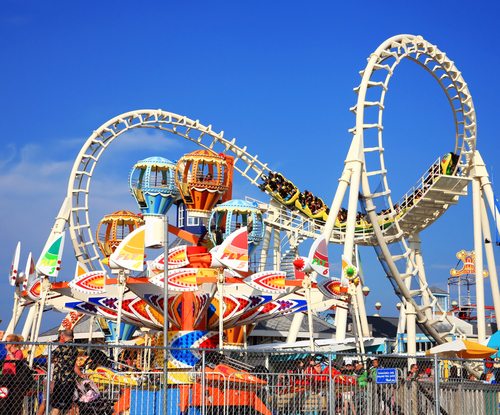 This must make nonprofits advocating for a living wage apoplectic. In Maryland, Governor Martin O’Malley has been pushing legislation to raise the state’s minimum wage to $10.10 an hour. In the Maryland General Assembly, dominated by O’Malley’s fellow Democrats, the House Economic Matters Committee inserted a couple of changes before voting to bring the bill to a vote by the full House.

First, it delayed the minimum wage increase so that it would rise in three steps, not reaching $10.10 an hour until 2017, six months later than O’Malley had proposed.

But more egregious than the six-month delay is the series of exemptions that the committee carved out for certain interests. In response to lobbying by restaurants and bars, the legislation exempts restaurants and bars with less than $250,000 in gross income from having to pay the minimum wage. Moreover, for restaurant and bar staff whose incomes depend largely on tips, it established an hourly rate of $3.63 plus tips, with the expectation that if the combination of $3.63 plus tips doesn’t reach the new minimum wage level, the employer would make up the difference. O’Malley had wanted a higher base salary than $3.63.

The most egregious exemption is this: Amusement parks, like Six Flags, located in Prince George’s County, would be exempt from the higher minimum wage entirely. Like Walmart, which opposed the minimum wage bill in Washington, D.C., Six Flags America is a big company—by its own description, the largest regional theme park in the world, with 16 theme parks in the U.S. plus one in Canada and one in Mexico.

The argument of Del. Dereck E. Davis (D-Prince George’s), the chair of the committee, was that minimum wage workers at Six Flags are typically young kids, not workers trying to support families on their earnings. Of course, that’s the same argument used by big box retailers and many other minimum wage employers: Minimum wage workers aren’t supporting families, but rather breaking into the labor market, getting work experience, supplementing other income, etc.

Writing for Forbes, Cedric Muhammad says that the Six Flags exemption shouldn’t be a surprise, but a lesson to Democrats. In arguing against the application of Prince George County’s recently enacted minimum wage of $11.50 an hour (by 2017) to Six Flags workers, council member Derrick Leon Davis said that the entry-level teenagers and seasonal workers at Six Flags didn’t expect nor should warrant more than the $7.25 an hour at the bottom of its pay scale. Moreover, Davis said that Six Flags, having only come out of bankruptcy in 2009, could pick up and move, depriving the county of a lot of employment for teenagers and a lot of tax revenue.

Essentially, despite having done better in its third quarter of 2013 than ever in its history, Six Flags’ argument is something like “too big to fail”—it implies that it is too big for a living wage. That doesn’t make sense. If the major source of income for Six Flags is the sale of season passes for somewhere between $65 and $100, how much would Six Flags have to increase the season pass price if it paid its employees $10.10 or $11.25—and how price sensitive is the season pass?

As with the erroneous notion that Walmart employees are part-timers or entry-level workers who don’t expect more than $7.25 an hour, the dynamics of theme park employment are changing. “As the nature of our economy changes, more and more adults are taking these low-wage seasonal jobs,” said Tsedeye Gebreselassie, a staff attorney for the nonprofit National Employment Law Project. “The myth is that they’re for teenagers, but that’s increasingly untrue.”

“There’s one easy way to find out: require the company to open its books and let the public know what it can and can’t afford. What was Six Flags’ profit last year and the year before? What does it pay its CEO and its top five executives? Could a raise for its low-wage employees be offset by a modest cut in executive compensation? What kind of perks and expense accounts do the executives have? What is Six Flags paying its lobbyists? Could it take $10 or $15 an hour off what it pays its lawyers and lobbyists to make up for the higher minimum wage?”

Perhaps Six Flags finds Eisenbray’s sort of challenge beyond the pale, but for organized labor, and for the young and old employees of Six Flags itself, the answers are important. Unfortunately, the members of the Maryland General Assembly who have decided to give Six Flags its exemption don’t agree.—Rick Cohen