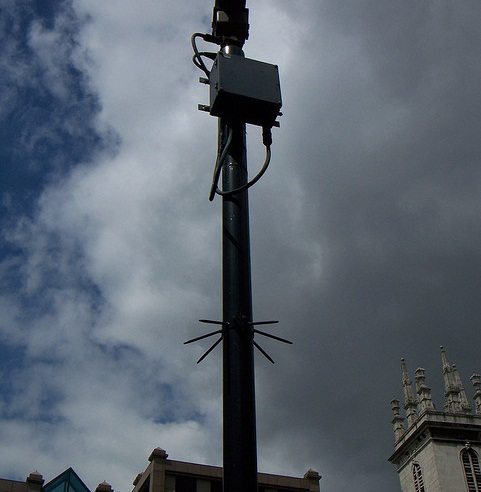 In a case that has been watched by civil liberties advocates for about five years now, the 9th U.S. Circuit Court of Appeals has overturned a ruling awarding damages to the (since closed) Al-Haramain Islamic Foundation, which a lower court judge had ruled was a target of the Bush administration’s warrantless wiretapping program. In writing for the 9th Circuit, Judge M. Margaret McKeown wrote, “This case effectively brings to an end the plaintiffs’ ongoing attempts to hold the executive branch responsible for intercepting telephone conversations without judicial authorization.” A lawyer for Al-Haramain said, “If this is the last word on warrantless wiretapping then it means that there will have been no accountability for it.” The Post notes that the Bush administration ended this program in 2007.

Since it may have been some time since warrantless wiretapping was on your mind, here is a brief recap: The Bush administration does not dispute that it authorized a program shortly after 9/11 allowing the National Security Agency (NSA) to engage in surveillance of U.S. citizens, including allowing such surveillance without the standard warrant required by law in the Foreign Intelligence Surveillance Act (FISA). After 9/11, Congress adopted amendments to FISA as well as surveillance changes via the USA PATRIOT Act, but none of these changes or amendments removed the requirement that operators must obtain a FISA court warrant before engaging in surveillance of a U.S. citizen or resident alien. In a January 23, 2006 press conference, General Michael Hayden, who has headed the NSA and the CIA but was the principal deputy director for national intelligence at the time, confirmed that the decision to conduct this kind of surveillance was shifted from a federal FISA court judge to a “senior executive,” “senior colonel” or “general officer equivalent” at the NSA.

The 9th Circuit court ruling on the surveillance program, as interpreted by the Washington Post, finds that “the federal government is immune to such claims” as that brought by the Al-Haramain Foundation. So where does accountability reside? –Mike Keefe-Feldman