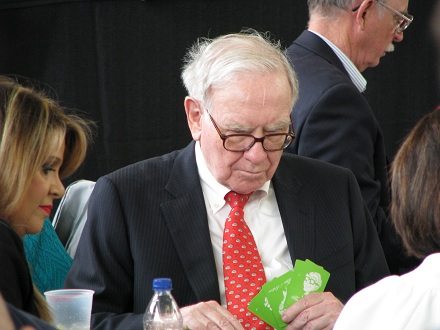 In the wake of our newswire last week noting an investment in five community newspapers in Arkansas by the Knight Foundation and a $1 million grant made to the for-profit L.A. Times by the Ford Foundation, we thought it made sense also to note that Warren Buffett, the billionaire chairman of Berkshire Hathaway, purchased a network of 63 community newspapers owned by Media General for $142 million last week. Reactions were many, and were fueled by a statement from Buffett which made it sound like he was, in part, making the move for value-based reasons though this is not a philanthropic move:   “In towns and cities where there is a strong sense of community, there is no more important institution than the local paper,” said Buffett. “The many locales served by the newspapers we are acquiring fall firmly in this mold, and we are delighted they have found a permanent home with Berkshire Hathaway.”

But given Buffett’s reputation as a wise—though some might say boring—investor, a question asked by Justin Peters of the Columbia Journalism Review resonates. Peters writes, “Sinking money into newspapers seems a counterintuitive investment strategy in this era of layoffs, shutdowns, and we-need-a-business-model hysteria. Does Warren Buffett see something the rest of us don’t?”

He goes on to point out that the communities in which the newspapers are located are often areas where there is a market for local news and an appetite for the print version and that in these communities the finances can work because there is also a local advertising base.

Buffett knows what he is looking at since he has a longtime interest in newspapers as the largest shareholder in the Washington Post, and he knows community newspapers as the owner of his hometown paper, the Omaha World Herald, which Berkshire Hathaway bought in December for $200 million.

To bring home the point that the investment made by Buffett is very much in his wheelhouse, Peters refers to a column written by Erik Wemple of the Washington Post, who comments, “So why would a multibillionaire dabble in a bunch of community papers? Because they’re the most reliable segment of the business. While the big regional and national newspapers have elevated the crisis of newspapering to a countrywide obsession — complete with constant updates on circulation losses, drops in advertising revenues and the like — small weeklies and dailies have been plodding along. Not printing money, mind you, but making a living.”

This is an interesting perspective on a field into which many philanthropic dollars are flowing right now and it should make us question in what situations philanthropic rather than investment capital is needed. At the very least it brings up the question about whether market-failure is a factor in this segment of journalism. Will Berkshire Hathaway’s investment in small local newspapers pay off for BH and the communities the papers serve? The capital being invested is more than the purchase price. Berkshire Hathaway is also extending a $400 million loan fund (with a 10.5 percent interest rate) and $45 million in a revolving credit line to Media General. Media General apparently bought debt trouble along with four television stations in 2006.

NPQ is covering this situation for a number of reasons, the first being that we also think that community newspapers are important components of community and a healthy democracy in that they are often the information source for local issues on which people get active, and the second being the fact that there is such a mix at play right now among nonprofit and for-profit journalism sites. If we are indeed in the midst of a larger era shift, this field is certainly a poster child for it so it will all take time to sort out.–Ruth McCambridge