Stories from 2014 still reverberate in 2015, including the continuing travails of the NFL team in Washington, D.C., and its intransigent owner, Dan Snyder. The end-of-the-year comments from the team’s general manager, Bruce Allen, however, related much more to the nature of philanthropy in the corporate world than the issue of its racially derogatory name, which has bedeviled the team.

In the wake of the team’s four-win, twelve-loss, last-place NFC finish, Allen faced the sports press to avoid explaining how the team’s massive payroll and highly touted quarterback could continue to perform so poorly. Despite the team record, Allen contended that the team had improved, and not just because of the single additional win over last year’s record. His evidence involved something other than throwing, running, and tackling.

“I do think our charitable foundation does a fantastic job,” Allen said. “We’re winning off the field. But we’ve got to start winning on the field.”

Come again? Was Allen suggesting that the team’s ability to fend off—for the moment—widespread calls to get rid of its horrendous name, defined in the dictionary as a racial epithet, constitutes success? Was he defending Snyder’s creation of the Original Americans Foundation, aimed at making nice gestures to Native American tribes willing to overlook the team’s name?

Former Washington Post sports columnist, now ESPN senior writer Mike Wise tweeted Allen’s comment, along with the hashtag #Changethename and a picture of a protest banner with the slogan, “No Honor in Racist Names.” CBS sports writer Will Brinson also suggested that Allen might have been referring to the success of the team in “the battle over their name which many people find racist,” not unrelated to the “public-relations debacle the team constantly finds itself in.”

The issue, however, is one about the use or misuse of corporate philanthropy. While many Native American tribes are so poor that they will take assistance from Snyder’s foundation, even if it comes with an implicit or explicit requirement to feature the team’s disparaging name and logo, the all but in-your-face reason for the foundation is hardly Snyder’s charitable DNA. Rather, it is the need to counter the ever-increasing perception that the retention and defense of the team’s name add up to behavior that many would describe as racist.

If a corporate foundation exists, functions, and gets a free pass from the philanthropic sector despite its function of justifying corporate behavior widely seen as racist, that is one heck of a lousy example of corporate philanthropy. We don’t really care whether quarterback Robert Griffin III will ever become a legitimate pocket passer or if Griffin will ever pass again to wideout Pierre Garcon. We do care about corporate philanthropy serving to whitewash behavior that is increasingly seen in many quarters as racially disparaging—as it should be. If “winning off the field” is achieved through using philanthropy to buy off or fend off critics, institutional philanthropy ought to tell Snyder and Allen that that’s simply not right.

And if the team is so desperately connected to the name, Snyder and Allen might make some more headway off the field by at least adopting a different logo and mascot, as recommended by PETA, the satirical singing group the Capitol Steps, and numerous others: 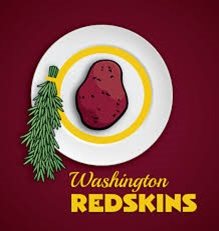