We Build the Wall’s Donors Want to See That Groundbreaking 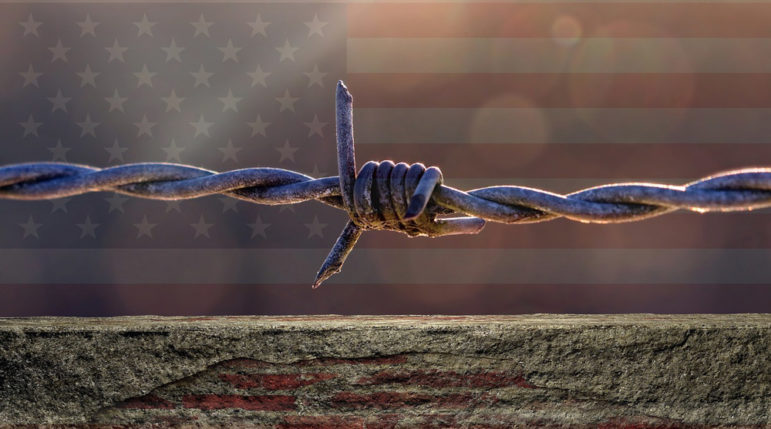 Back in January, NPQ reported on a crowdfunding campaign started by Brian Kolfage, a famously wounded veteran, to support the building of a wall on the US-Mexico border. Kolfage’s ambitions were bold, if nothing else, and so were his claims. For instance, even though he managed only to raise $20 million against a target of $1 billion, he assured his benefactors he could build the wall on private land for a “fraction of what it costs the government.” He also promised, in a February interview with American Family Radio, to break ground for the project in April. (Of course, this followed a promise in January that they’d be breaking ground “within weeks.”)

By March 21st, however, Kolfage, speaking to Politico, had revised his timeline. “We should be turning dirt on this thing by May 1, June 1 at the latest, according to our experts,” he said, adding that eight sites had been located along the border. Where are they? It’s not so clear:

“I wish I could name where it’s at, but we can’t name it because of the ACLU, these other liberal groups who want to sue us and impede our progress,” he said. “But it’s actually happening, the process is happening.…the project is moving forward.”

Also, there is the issue of cost, in that each mile of wall needed to traverse that 2,000 miles would cost an estimated $2 to $3 million…so, what about the remaining 1,990 miles?

In the same Politico story, the group did name some steps it had taken, including initiating talks with the Israeli firm that built the wall on the Gaza Strip. That was at a press conference held in a small Texas border town where Steve Bannon, former Kansas Secretary of State Kris Kobach, former Colorado Rep. Tom Tancredo, baseball legend Curt Schilling, and former Sheriff David Clarke were in attendance, with Blackwater founder Erik Prince attending by phone from South Africa.

Some of the donors posting to the group’s Facebook page are getting restive, pushing for some kind of forward movement, but the responses remain vague. Last Friday, the group committed firmly to breaking ground “shortly.”

BuzzFeed reporter Will Sommer reminds us that none of this should come as a surprise: “Kolfage has a history of participating in questionable endeavors. He was a prolific operator of hoax pages on Facebook, and money he raised in the past to help veterans’ programs in hospitals never actually went to those hospitals.”

Complicating the effort further is that it’s not that easy to find private land right on the border where a wall can be built…Kolfage and We Build the Wall’s board of directors have spent plenty of time in Arizona, ostensibly scouting private land to build the wall. But the Phoenix New Times reported in March that the “vast majority” of land on the border in the state is owned by the federal government. Meanwhile, many of the people who actually own land on the border told the New Times that they hadn’t been contacted by We Build the Wall.

We find it strange that anyone would believe meaningful progress could be made on this organization’s promises to donors, given all of this and a modicum of common sense. However, apparently there are some disappointed donors out there, and it will be interesting to watch how the situation resolves.—Ruth McCambridge