“We Feel Horrible”—When a Nonprofit Falls Behind 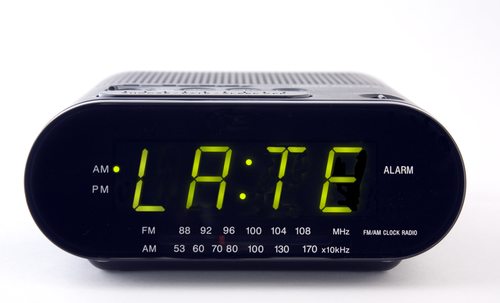 The Humane Society of St. Thomas, along with around 300 other nonprofits in the Virgin Islands, has been stripped of its nonprofit status by the IRS. It’s not exactly a good time for it, as we head into the end-of-year giving season, but that is hardly its only problem.

The revocation itself could have been prevented. “This is a horrible time, during the holidays,” said Ray Szymanski, treasurer for the Humane Society of St. Thomas board. “Granted, we should have had our returns in, and we feel horrible about that.”

Of course, we need to share the blame around, so it must be said that one IRS office did approve an extension through November 15th, by which date the Humane Society had filed all of its delinquent documents, but another IRS office was unaware of the extension and revoked the status. They have promised to reinstate the group…eventually.

“We were hoping to have a response by December. I’m calling them weekly. I called them twice this week,” Szymanski said. “They’re working through it as fast as they can [but] I think it’s already affecting us. People have said, ‘we can’t donate to you right now.’ We feel horrible right now. Horrible.”

Szymanski noted that people can still donate, but without the usual benefits.

Making matters far worse is the mismatch between capacity and need at the shelter. Apparently, the problem of unwanted animals has exploded over the last few years across the Virgin Islands, and even though the group just moved into a larger space, cages are stacked upon cages.

“We are just being inundated. We can’t multiply the kennels,” according to Rhea Vasconcellos, who is operations manager for the St. Thomas Humane Society. “Until there’s something done to control the animal population, we will just be a kill shelter.”

The shelter has 40 kennels for dogs and 40 for cats, but it houses more than 100 animals at time. The shelter estimates that it has taken in somewhere in the area of 1,600 animals this year, and according to this report, “more than 500 have been euthanized, after which the animals are frozen and taken to the dump. […] The Humane Society has a crematorium but—though it now has all of the necessary components that it was lacking until recently—the staff need to be trained on how to operate it.”

When it gets the crematorium up and running, the organization is hoping to turn it into a social enterprise of sorts, “because people have few options when they want to have their pets cremated, with some owners spending several hundred dollars to have the remains shipped and then cremated,” according to Szymanski. The shelter also needs donors to fund preventive programs like spay and neuter clinics and a “Pets with Wings” program, which allows the Humane Society to fly animals to no-kill shelters elsewhere in the states.

That’s why the Humane Society of St. Thomas truly needs its status. In the current situation, as Vasconcellos said, “not every dog or cat that comes to us has a happy ending.”—Ruth McCambridge