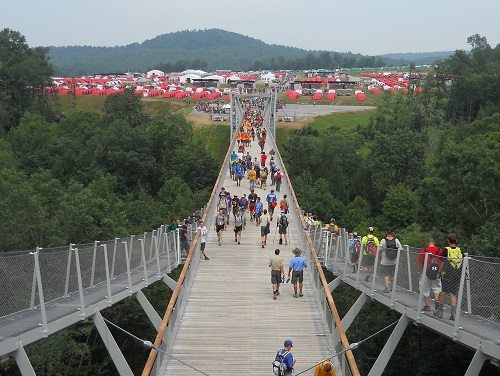 As NPQ covered last month, one of the unusual votes on election day was for an amendment to the constitution of West Virginia to allow the Boy Scouts of America to retain its state tax-exempt status while it rents out the facilities it owns at the 10,600 acre Bechtel National Scout Reserve in Fayette County in order to generate “money for its operations.” Up until this point, the site was only used for scouting events and a Boy Scout Jamboree, but the passing of the West Virginia Nonprofit Youth Organization Tax Exemption Amendment will open the door for the BSA to rent out the site for concerts and sporting events. Had the voters not passed it, according to the AP, the Boy Scouts would have been hit with a $5 million property tax bill.

The constitutional amendment fixes a legal ambiguity in West Virginia law for nonprofits that want to rent their facilities for commercial purposes, but only for the Boy Scouts. The amendment reads as applicable only to a nonprofit “that has as its primary purpose the development of youth through adventure, educational or recreational activities for young people and others, which property contains facilities built at a cost of not less than $100,000,000 and which property is capable of supporting additional activities within the region and the State of West Virginia.” Guess who that is?

According to Sean O’Leary for the West Virginia Center on Budget & Policy, while the amendment answers the question for the Boy Scouts, “the ambiguity in the law would remain for everyone else. Hospitals, churches, and other nonprofits that engage in this activity would be left in limbo.” This is a constitutional amendment written for one nonprofit organization. Something about that doesn’t sound right.—Rick Cohen