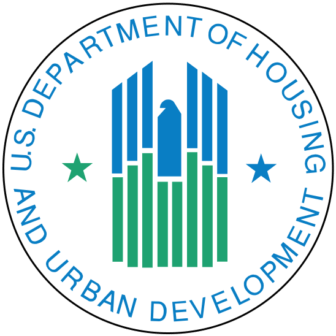 NextCity’s “How New Rules for Section 8 Voucher Payments Mean More Mobility for Voucher Holders” is one of many articles celebrating the recent victory of fair housing advocates over the Trump administration. The revived Small Areas Fair Market Rent (SAFMR) rule will permit 24 Public Housing Authorities to increase subsidies under the Housing Choice Voucher (HCV) program. With increased subsidies (pegged to the median rent for a particular ZIP code instead of the median of an entire metropolitan area), HCV households can afford to move into areas of opportunity where rents are higher. SAFMR holds the promise for greater geographic mobility.

But the victory is small potatoes compared to the scope of the problem of expanding choice for Housing Choice Voucher tenants.

Two weeks after the SAFMR decision, HUD announced in the Federal Register its intention to suspend implementation of the Obama-era “affirmatively furthering fair housing” (AFFH) rule for two years. Advocates can look forward to a lengthy administrative review process and, most likely, additional litigation as they expend time and treasure fighting to reactivate an Obama-era rule that implements the 1968 Fair Housing Act. The tactic honors the axiom, “Delay is the deadliest form of denial.”

Here’s why these regulatory stunts are important. Geographic mobility is, after years of research, now understood to be an essential element in generational economic mobility. NPQ senior editor Steve Dubb, in his profile of a new initiative by the Gates Foundation, was correct to suggest that geographic mobility without other supports may be insufficient, but clearly all the other supports rest upon the foundation of moving to communities of opportunity. Advocacy journalist Brentin Mock finds a historical precedent of geographic mobility in the Great Migration of the post–World War I era. At the time, courageous African Americans left their homes in the Southern US to face discrimination and sometimes violence in order to find opportunities that would provide an economic foothold for their children and grandchildren. Now that those jobs, schools, and institutions have left the districts where that generation’s families settled, a new generation of households is ready to face the challenges of bigotry and economic discrimination to step closer to economic equality.

Back in October, HUD Secretary Carson announced three goals for his agency.

So far, removing burdensome regulation seems to be full speed ahead, but it is a whack-a-mole process. Advocates are spending time and money defending past policies that were already compromised baby-step initiatives, which the court called “carefully crafted.” The risk is that advocates’ focus on saving the past may inhibit them from developing forward-looking initiatives like Source of Income protections, making vouchers an entitlement, or a renter tax credit.

At the same time, these administrative shenanigans also mask a more insidious strategy. Slate’s Jamelle Bouie nails the issue: “Donald Trump’s distractions give cover to an administration that is quietly enacting its policy goals.” These policy goals include appointment of ideological and incompetent individuals to decision-making positions in the courts and government agencies where they can stymie future initiatives.

Granted that advocates can’t decline to play the game of rear guard actions against HUD obstruction, but there’s a risk in thinking that these “carefully crafted” baby steps are the dawn of a new age. Advocates need to be creating the demands that will facilitate change on a scale commensurate with the promise in the 1968 Fair Housing Act. Frederick Douglass reminds us that “Power concedes nothing without a demand. It never did and it never will.”—Spencer Wells

Universal Basic Income Gets a Useful Pittance from...

Will an Eviction Wave Drive Millions from Their Homes? It...

Call for Moratoriums on Evictions and Utility Shutoffs Gains...