What Can Nonprofits do to Bring Back Youngstown? 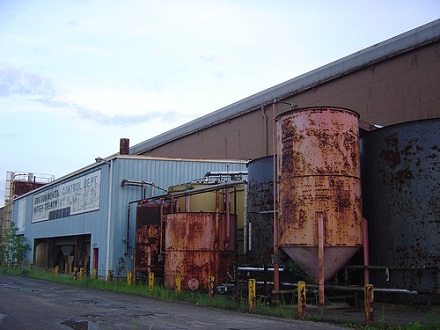 You almost never hear about the work of nonprofits on the front lines of this nation’s most troubled cities. It’s not sexy, it’s not high profile or highly paid, but it is at the heart of what makes the nonprofit sector truly great.

One of those cities is Youngstown, Ohio. Beginning in the late 1970s with the closing of Youngstown Sheet and Tube followed by the closing of the U.S. Steel, Youngstown has been in a plunging economic and population spiral. For a city whose peak population was more than 130,000, the 2010 Census put Youngstown’s population at 66,982, a 18.4 percent decline from 2000 which itself was a 14.9 percent decline from the 1990 Census count. Depending on the source your read, Youngstown has maybe 4,000 or more vacant homes, over 40 percent of the city is vacant land, and it ranks as one of the top cities in terms of blighted homes, a trend that is unfortunately increasing rather than decreasing.

The Raymond J. Wean Foundation is a relatively small grantmaker, distributing maybe $4 million annually, but it is focused on the revitalization of the Mahoning Valley cities of Youngstown and Warren. Annually, it convenes a nonprofit summit gathering the region’s nonprofits to discuss what they are doing for this region – and how they are managing to progress against the city’s and the region’s deep problems.

It’s clear that Wean has done what some of the Detroit foundations have done, which encountered similar problems, and hired PolicyLink for advice. Witness the equity theme of the Wean summit. (PolicyLink highlighted Youngstown as a city potentially offering the amenities of a big city and the community spirit of a small town in one of its recent studies).

One of the two keynoters at the summit was Manuel Pastor, director of the Program for Environmental and Regional Equity at the University of Southern California. Pastor talked about the changing demographics of the U.S. – that minorities will be the majority in the nation by 2042 – but Youngstown is not attracting immigrants like other areas of the country. He correctly noted in the Vindicator that “areas that attract immigrants have a stronger economy.” He also cited the sharp increase in inequality in the nation, “similar,” he said, “to the increase before the Great Depression.” Like a lack of immigration, inequality is bad for communities and hampers economic growth, thus the prioritization of economic equity as a core component of efforts to revitalize communities such as Youngstown and Detroit.

But how does one build equity into community and regional redevelopment strategies? That’s the trick when the trend is still toward greater inequality and increasing numbers of poor people and communities like Youngstown. And our question is always about the nonprofit sector. What can and should the nonprofit sector do for and with Youngstown to bring it back from the depths of its own decades-long recession? –Rick Cohen