What Can We Learn from New York’s Nonprofit Revitalization Act of 2013? 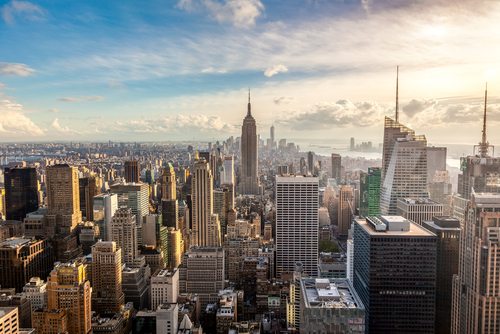 In December of 2013, Gov. Andrew Cuomo of New York signed into law the first changes to state statutes governing nonprofit organizations in over 40 years. Most of the law takes effect July 1st this year and it represents some significant changes, many of which are probably overdue. As has already been reported by NPQ, the legislation was drafted in a collaborative effort between lawmakers and nonprofit leaders. Does this legislation offer any tips on what political and nonprofit leaders see for the future of nonprofit governance?

Some of the changes included in the legislation focus on the structure and workings of governance in the nonprofit sector:

Trends in governance models have been to involve a broader base of the community in governance decisions. Strategies like Community-Engaged Governance offer pathways to moving decisions that would bind the organization outside of the boardroom. This legislation in New York, then, might make that type of governance structure impossible.

Other simplifications include not requiring organizations to include a list of intended activities in the certificate of incorporation, allowing the Dep’t. of State to correct minor typos and other errors in documents being filed, and certain actions such as merger and collaboration now only needing the approval of the Attorney General rather than requiring court approval.

These changes give nonprofits that are either forming or taking other significant action in corporate structure to act more quickly and nimbly. In the current environment of rapid change, it only makes sense to allow nonprofits to respond accordingly and adapt without cumbersome requirements.

Speaking of bylaws, it is now possible for nonprofits in New York to change the number of directors serving on the board without having to change the bylaws.

As with the previous changes, these help nonprofits act more swiftly and dexterously, taking advantage of modern technology and other tools to enable the organization to respond and take action as necessary without undue bureaucratic restrictions.

Other parts of the legislation focus more an accountability and government oversight:

Following the lead of the IRS, this legislation also takes aim at conflict of interest, making it illegal for any person to participate in any committee, board deliberation or vote on his or her own employment or compensation. The person in question may be asked to provide information, but must not affect the discussion or the vote in any other way.

Form 990 of the IRS has asked about the existence of a Conflict of Interest Policy, but New York State is now taking that one step further and requiring organizations to have one in place. The legislation mandates that the policy include a definition of conflict of interest and would outline specific procedures that will be required to avoid any real or perceived conflict. This includes a stipulation that any director or staff member involved in a decision should not be present in the same room where the board or authorized committee is deliberating and voting.

Related to this is that any organization with more than 20 employees and $1 million in revenue is now required to have a whistleblower policy, protecting anyone within the organization who calls attention to a conflict or illegal action at the nonprofit.

This attention paid to director independence and conflict of interest suggests that there is growing concern about the transparency and the objectivity of nonprofit organizations. These elements of the legislation seem to be intended to make sure that the organization acts only in the best interest of the community and not of any individuals within the organization. This may seem to be a no-brainer, but in the light of scandals in recent years it is likely going to be an increasing trend to ensure that nonprofits are transparent in their actions, and remain focused on benefit to the community. This is not a bad thing—it is only sad that legislation is required to ensure nonprofits act in the manner they are supposed to.

What can we learn from this legislation? In the 40 years since the last overhaul of New York’s laws governing them, much has happened that has affected the way nonprofits do business. As pointed out here, a lot of the changes involve the need to be able to act quickly and swiftly in changing circumstances, but do so with absolute transparency and a focus on community benefit.—Rob Meiksins